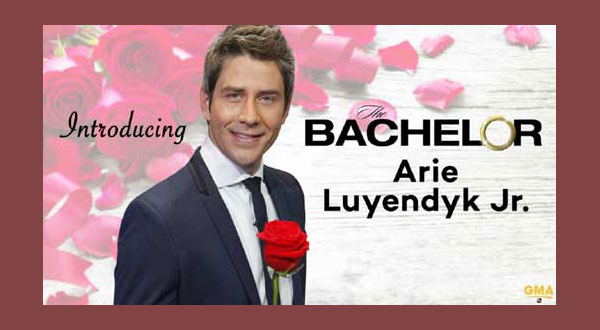 Tonight is the third week of The Bachelor on ABC. When we last left, Krystal was using drama, Bibiana was angry over not getting enough time with Arie and Jenny through a hissy fit after getting eliminated. Confused? You won’t be at the end of this episode!

Date one: GLOB, aka Gorgeous Ladies Of the Bachelor.  Angelina and Ursula from the show GLOW are on hand to help out.

Tia throws a hissy fit during the practice because she is scared to fight, but her and Bibiana decide to stick together and have fun with it.

To be honest, I didn’t pay much attention to the matches and they all happened kind of quickly, so yeah, needless to say I was not impressed.

Bibiana is determined to get her time with Arie at the after party, but Krystal is the first to snatch him away and make out.

Lather, rinse and repeat for the rest of the night. Just switch out the girls.

Beech gets the rose.

Date 2: Lauren S. gets the one on one date. They go to wine country and I am so jealous. Intensely jealous, to be honest. This is one of my dream dates. They drink wine, tour the vineyard and talk. It seems like they are getting along and she seems a bit smitten.

However, at dinner, she channels the love child of Six from Blossom and Ruby from Even Stevens….just babbling and talking about random topics. It may seem annoying to some, but in a way, I kind of understand. First dates are nerve-wracking!

Arie thinks she is amazing, but doesn’t want to keep her from home. He sends her away without a rose…and without finishing her dinner.

She knows she wasn’t herself and doesn’t know why. She still thinks Arie is a decent person.

The other girls are sad to see her go, except Krystal, who thinks that she didn’t make the most of her time. Caroline these her attitude and is in tears over the whole thing.

Date 3: Ashley, Becca, Brittany, Jenna, Caroline, Chelsea and Annaliese are on this date. Their clue is love can be RUFF.

Annaliese had a traumatic experience with dogs as a child, so she is nervous.

At the house, Bibiana prays for one of the girls to get bitten by a puppy and….what?

Fred Willard is on hand to help the girls host a dog show. His comments are hilarious! Oh, Fred….only you. He is actually the only thing about this date worth watching.

At the afterparty, the girls take turns talking to and kissing Arie….except Annaliese, who didn’t get a kiss, leaving her to wonder if there is something wrong.

Cocktail Party: More talking, making out and whining over getting time with Arie.

Annaliese gets sent home before the rose ceremony. She thinks she was too in her head, but he made the right decision based on their chemistry.