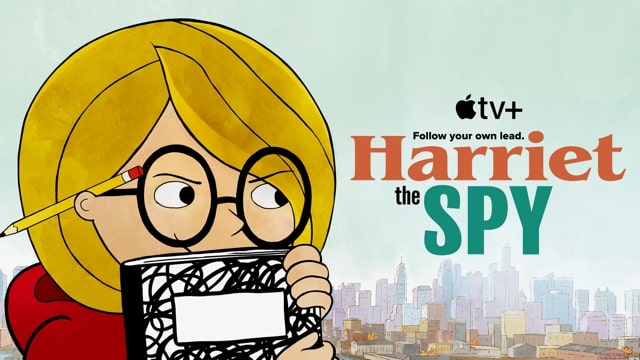 Set in 1960s New York when the original book was published, “Harriet the Spy” follows the outspoken and perpetually curious 11-year-old Harriet M. Welsch. More than anything, Harriet wants to be a writer, and in order to be a good writer, she’ll need to know everything. And to know everything means she’ll need to spy… on everyone! Joining Feldstein and Lynch, the series features Lacey Chabert as Marion Hawthorne, the ringleader of a group of popular girls at Harriet’s school, and additional voice cast Kimberly Brooks, Crispin Freeman, Grey Griffin, Bumper Robinson and Charlie Schlatter.

Episode 1 – I Am a Terrible Spy

Harriet’s ambition to know and see everything may change reclusive Agatha K. Plumber’s life for the better.

Harriet’s new coat is perfect for her—and Marion Hawthorne, apparently. But who will win the school’s vote?

Episode 3 – Cross My Heart and Hope Not to Dance

After an awful day, Harriet wants some alone time. Watching Mr. Withers’ 26 cats is just what she needs…or is it?

Episode 5 – The Origin of M

Harriet learns about her middle initial and questions who she is. Her nanny, Ole Golly, teaches Harriet a valuable lesson about identity.