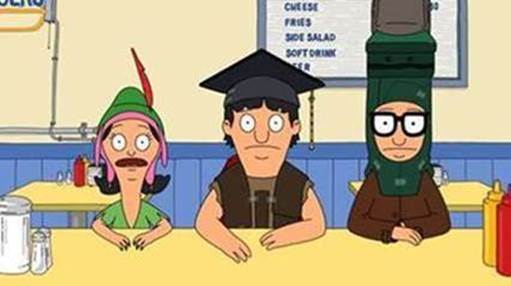 Bong Joon-ho’s “Parasite,” Bambi’s revenge and much, much more are featured in the all-new “Treehouse of Horror XXXII” episode of THE SIMPSONS airing Sunday, Oct. 10 (8:00-8:31 PM ET/PT) on FOX.

Guest Cast: Tree Rollins as Himself

Moon, Judy and Ham try to survive Alaska’s darkest and spookiest day of the year. Meanwhile, Wolf and Honeybee attempt to replace Beef’s favorite shirt in the all-new “The Yawn of the Dead Adventure” Halloween-themed episode of THE GREAT NORTH airing Sunday, Oct. 10 at (8:31-9:00 PM ET/PT) on FOX.

On The Look Out For Lumber Zombies | Season 2 Ep. 3 | THE GREAT NORTH – YouTube

When a mysterious note is sent to Linda on Halloween, she and Gayle must travel to their hometown to face a wrong they committed 27 years ago in the all-new “The Pumpkinening” Halloween-themed episode of BOB’S BURGERS airing Sunday, Oct. 10 (9:00-9:30 PM ET/PT) on FOX.

Quagmire meets an avid dog lover, and pretends Brian is his dog in an attempt to win her over. Meanwhile, Chris helps Stewie track down the culprit who stole his Halloween candy in the “Must Love Dogs” Halloween-themed episode of FAMILY GUY airing Sunday, Oct. 10 (9:30-10:00 PM ET/PT) on FOX.