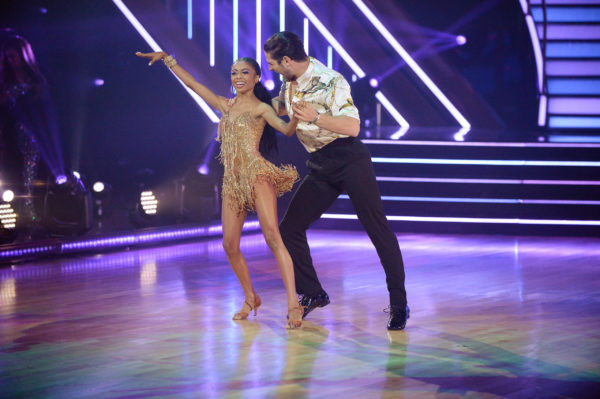 DANCING WITH THE STARS - "Semi-Finals" - With only a week left before the finals, six celebrity and pro-dancer couples will dance and face double elimination as they compete for this season's tenth week live, MONDAY, NOV. 16 (8:00-10:00 p.m. EST), on ABC. (ABC/Eric McCandless) SKAI JACKSON, ALAN BERSTEN

Dancing With The Stars Renewed for Season 30

ABC will be taking the ballroom once again. It was announced today that the hit ABC series Dancing With The Stars has been renewed for its 30th season.

Last year, Tyra Banks took over hosting duties from Tom Bergeron and Erin Andrews, while Derek Hough stepped in as head judge. Len Goodman, who was unable to fulfil his judging duties due to the COVID-19 pandemic, made appearances explaining each ballroom dance. The three of them, plus Carrie Ann Inaba and Bruno Tonioli will be returning to the show.

No return date has been announced as of press time. Contestants and pro dancers will also be announced at a later date.