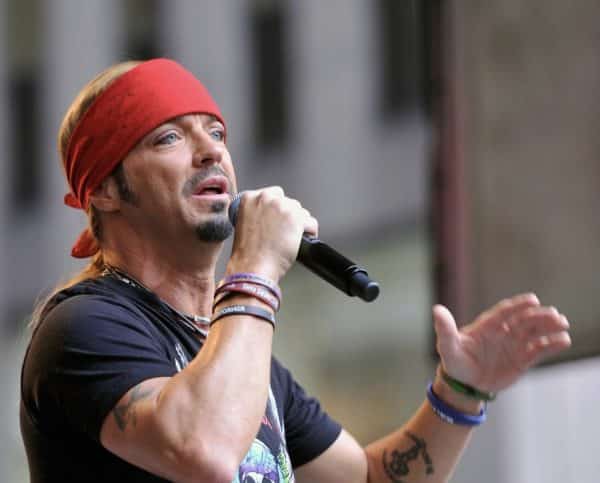 “Modern Family” star Eric Stonestreet surprised rocker, philanthropist and entrepreneur Bret Michaels with a belated birthday gift in a new, just-released video.
Stonestreet, who plays Cameron Tucker on the long-running hit series, unleashed his inner rock star as a tribute to Michaels, who turned 57 on March 15th. In the video, the sitcom star showcases some serious skills, playing drums along to Michaels’ iconic chart-topper ‘Every Rose Has its Thorn. Stonestreet was inspired to record the video after Michaels delivered honorary plaques to “Modern Family”- which ends its 11th and final season on ABC next month.