The fourth annual Critics’ Choice Documentary Awards gala will take place on Sunday, November 10, 2019 at BRIC in Brooklyn, New York. The Critics Choice Association (CCA) will once again be honoring the finest achievements in documentaries, released in theaters, on TV and on major digital platforms, as determined by the voting of qualified CCA members.

In addition to the 16 award categories listed below, a special new honor – The Pennebaker Award – will be presented to legendary documentarian Frederick Wiseman. This award is named for Critics’ Choice Lifetime Achievement Award winner D.A. Pennebaker, who passed away this summer.

Critics Choice Association CEO Joey Berlin notes, “For the fourth year in a row, we look forward to shining the spotlight on the outstanding documentary filmmaking of the year. We continue to highlight the importance and cultural value of documentaries and are thrilled to give the creative filmmakers the recognition and acknowledgement that they deserve.”

Award Categories at the fourth annual Critics’ Choice Documentary Awards will include:

Nomination committee deliberations will begin on Monday, September 23, with nominations announced on Monday, October 14. Winners will be chosen by qualified members of the Critics Choice Association and announced at the fourth annual Critics’ Choice Documentary Awards gala on November 10, 2019 at BRIC in Brooklyn.

The CW will partner with CCA as the exclusive broadcast home for the 25th annual Critics’ Choice Awards. Accolades for the finest achievements in both movies and television will be presented as part of a three-hour ceremony on The CW on January 12, 2020. For more information, visit: www.CriticsChoice.com.

Frederick Wiseman is a director of 43 films, primarily focusing on American institutions. In 2018, he was the Charles Eliot Norton Professor of Poetry at Harvard University. In 2016 he received an Honorary Award for lifetime achievement from the Academy of Motion Picture Arts and Sciences Board of Directors. He is a MacArthur Fellow, a Fellow of the American Academy of Arts and Sciences, the recipient of a Guggenheim Fellowship, and an Honorary Member of the American Academy of Arts and Letters. He has won numerous awards, including four Emmys. In recent years, he directed Beckett’s Happy Days and Vasily Grossman’s The Last Letter at the Comédie Française in Paris, and The Last Letter at Theatre for a New Audience in New York. A ballet inspired by his first film, Titicut Follies (1967), premiered at the New York University Skirball Theater in 2017. 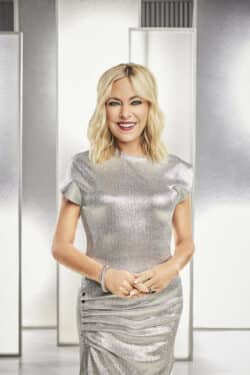