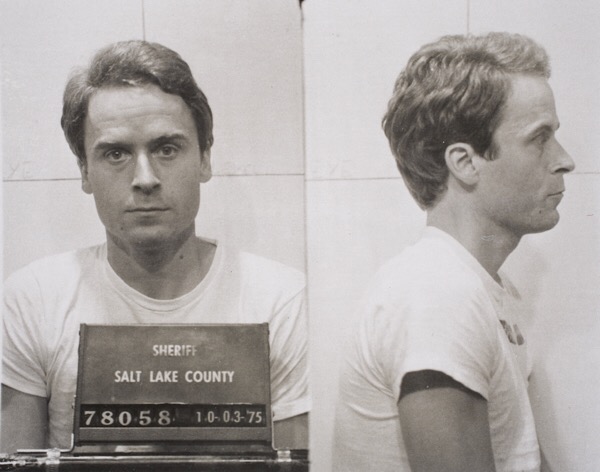 Serial killers existed long before there was a term to classify their heinous acts. For years, we have studied how, when and where these killers struck, but one question lingers in our minds and keeps the fascination alive – why? How is it that a seemingly normal, and often outwardly charming individual could transform into a monster whose crimes are the work of nightmares? Investigation Discovery (ID)’s new series of specials, MIND OF A MONSTER,explores this evolution of evil and the psyche of some of America’s most iconic serial killers. Real footage and audio from the criminals themselves reveal chilling insights into their lives and personalities and the twisted reasoning behind their deadly actions. The anthology begins with TED BUNDY: MIND OF A MONSTER, premiering Sunday, August 18from 9-11pm ET on Investigation Discovery, the #1 network for true-crime and mystery programming.

“There is no question that, as a society, we are fascinated by the psychology of serial killers – both real, like Ted Bundy or fictional, like Hannibal Lecter,” said Henry Schleiff, Group President of Investigation Discovery, Travel Channel, American Heroes Channel and Destination America. “It is nearly impossible to comprehend why or how anyone could commit these kinds of acts against another human – and, in that regard, this new franchise will explore the psyches of these monsters in an attempt to comprehend their despicable crimes.”

The first installment of MIND OF A MONSTER delves intoTheodore “Ted” Bundy, who became infamous after his crime spree spanned from coast to coast, included two prison escapes, and culminated a decade later with a death sentence. Bundy used his abundant charisma and good looks to prey on countless young women throughout the 1970s, seamlessly flipping from charming stranger to dangerous criminal and claiming the lives of more than thirty women. Through new interviews with those closest to the case, and haunting recordings from Bundy himself, TED BUNDY: MIND OF A MONSTER reveals the comprehensive, most intimate look into Bundy’s life from beginning to end, detailing his transformation into one of the worst serial killers America has ever seen.

Arrow Media, led by Creative Director Tom Brisley and Managing Director Iain Pelling, has created and produced hundreds of hours of documentary, adventure, science, crime, nature and history programming for the UK, US and international markets. Arrow Media’s clients include A&E Networks, Animal Planet, BBC, Channel 4, Channel Five, CNN, CuriosityStream, Discovery, History US, Investigation Discovery, National Geographic Channel and National Geographic Wild, Netflix, PBS, Science Channel, Smithsonian, and Travel Channel. Arrow Media and its sister label, Arrow Pictures, are part of Arrow International Media (Arrow), established in 2011 by Tom Brisley, John Smithson, and Iain Pelling, a creative and commercial team who have worked together for over 16 years. It has grown to be one of the ‘go-to’ companies for world-class productions. For more information, please visit www.arrowmedia.com.

Investigation Discovery (ID) is the leading crime and justice network on television, delivering the highest-quality programming to approximately 85 million U.S. households. From harrowing crimes to in-depth investigations and heart-breaking mysteries behind these “real people, real stories”, the always revealing network challenges our understanding of culture, society and the human condition. The #1 network for women in all of cable, ID’s programming is available in both high definition (HD) and standard definition (SD), as well as anytime and anywhere through the network’s TV Everywhere offering, IDGO. For exclusive web content and bonus material, fans can follow ID on Twitter, Instagram and Facebook or check out the network’s true crime blog, CrimeFeed.

Investigation Discovery is part of Discovery, Inc. (Nasdaq: DISCA, DISCB, DISCK), a global leader in real life entertainment, serving a passionate audience of superfans around the world with content that inspires, informs and entertains. Available in 220 countries and territories and 50 languages, Discovery delivers over 8,000 hours of original programming each year and has category leadership across deeply loved content genres around the world. For additional information about ID, please visit InvestigationDiscovery.com.