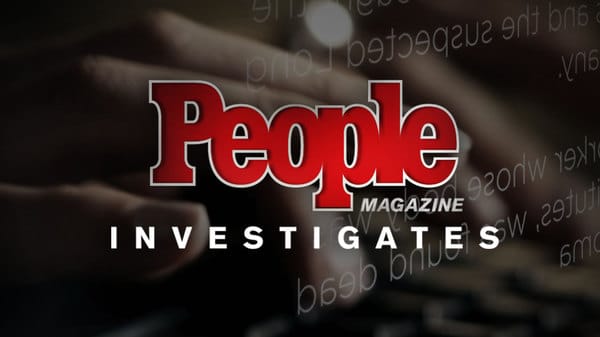 Sasha Krause was a twenty-seven-year-old Mennonite who moved to Farmington, NM from Texas in 2018 and joined the Lamp and Light compound in the area. She was a writer who loved penning songs and hymns and one of six siblings. At the time, she worked at a publishing house and used her job as a way to connect with God.

On January 18th, 2020, she stopped at the church to get some books for a class she was teaching in Colorado. That night, her roommate Lucinda discovered that Sasha was not home, despite the fact that her light was left on. She texted their other roommate Lily and the two of them got together to call Sasha. There is no answer, so they went to look for her in the church. Sasha’s car is still in the church parking lot, so they decided to call elders to help.

There is no sign of Sasha in the compound, so authorities are called, and Sasha is reported missing. The authorities ask questions about Sasha’s behavior and if anything is missing. She is described as being very sensible and levelheaded, so they did not think her disappearance was drug related. The books she needed were gone, so they suspected that she at least left the church with them.

Later on, Sasha’s room is searched. Her purse and money are there, as well as some of her writings. Nothing suspicious was found, so the investigation continues.

Lily let it be known that Lucinda and Sasha were fighting over a man, so Lucinda is questioned. Despite being closed off, Lucinda answered questions and even offered DNA samples. However, there is no DNA to compare it to at that point.

Sasha’s family is called at this point. They said that she loved the community and was well-liked, so there was no reason for her to disappear.

John and Anita Lapping, who live nearby, are questioned next. They are known for being nosy neighbors and for putting up cameras to possibly spy on the community. However, they claimed the camera were to watch animals. There is not enough to consider them suspects.

Back at the compound, Samuel Coon becomes a suspect since he was possibly one of the last people to see Sasha the night she disappeared. He is questioned, but he claimed he got gas with his wife that night. He also switched his story about being in the church a bit, making him suspicious. Things become more suspicious when surveillance cameras show he was indeed getting gas–without his wife. There is no way to see if he was with anyone else. He agreed to take a polygraph test.

His wife corroborated his story, saying that they were together all night, except when he went to search for Sasha later that night.

A month passes and there is still no sign of Sasha. It isn’t until February 21, 2020, in Flagstaff, Arizona that they get a big break in the case. Sasha’s body is found by campers, her hands bound with tape. The missing person case is now a homicide investigation.

A memorial is held for Sasha, where her own songs are sung in her memory.

An autopsy is done and there are no defensive wounds found on her body. Since she is a Mennonite, this is not surprising since they are taught to not resist or fight back. There were no signs of sexual assault.

The cause of death was blunt force trauma to the head and a gunshot wound to the back of the head. (.22 caliber bullet) There was nothing to indicate the time of death.

The bullet is tested, and her cell phone is checked to see who contacted her at the time of her death. It is discovered that at 7:52pm on January 18th, her phone connected to a tower at the compound. It is last seen at 8:58pm west of the compound 60 miles away at the Four Corners. The phone was never found.

Samuel Coons’s phone is also checked, but he is cleared when there is no connection. More devices are checked to see if there is any connection to the three areas where Sasha was seen.

Only one device has a connection, which helps identify a suspect.

Mark Gooch, who was an airman in the Air Force was 21 at the time and still in the service. He had no criminal record, but his phone was connected to the areas where Sasha was and eventually found.

His movements were tracked from the day Sasha disappeared and connected him to where she was at the time of her disappearance and death. He returned to the site two days later, after returning to base post murder.

While he was the prime suspect, there was no way to prove anything. Authorities were able to prove he got gas in the area, so they were able to allow military police to question him.

He is cooperative and admitted he was in the areas where Sasha was and even being at the church. Not everything added up with his story, including why he was at the church and for how long. He also lied about what time he returned to base, causing him to change is story once again.

Finally, he is asked straight out if he killed Sasha, but he denied it, showing no emotion. At this point, he also demands a lawyer.

As he is being questioned, his car is searched, where they found gloves, binoculars and a receipt for a car detail service dated February 23rd, the day Sasha was found. This is enough to arrest him….and he still show no emotion.

More Evidence and an Arrest

At this point, his text messages are searched, showing messages between him and his brothers Jacob and Samuel. All three of them had a distain for Mennonites and it was discussed in the messages.

Mark also revealed in his messages that he had been surveilling Mennonites, calling them old and boring.

When he drove to the Lamp and Light compound, he saw and kidnapped Sasha, eventually killing her. Authorities never figured out why he returned the next day to see the body, nor could they figure out why Sasha was targeted and killed.

Authorities receive a call from a friend of Mark’s, who claimed Mark had him hold a gun. Once authorities had the gun, they were able to connect it to the crime.

Mark had also called his brother Samuel, asking him to get the gun. Since he worked in IT, he was giving Mark advice on how to erase the evidence. This leads to a sting operation between authorities and the friend in order to catch Sam in the act. He is offered a plea deal if he flips on his brother.

The trial takes place, with Mark’s father and brother taking the stand. Samuel seemed to change his story at first, but eventually turned on his brother. Mark’s father discussed Mark’s feelings against the church.

On October 13, 2021, Mark is found guilty of first-degree murder and sentenced to life in prison without the possibility of parole.