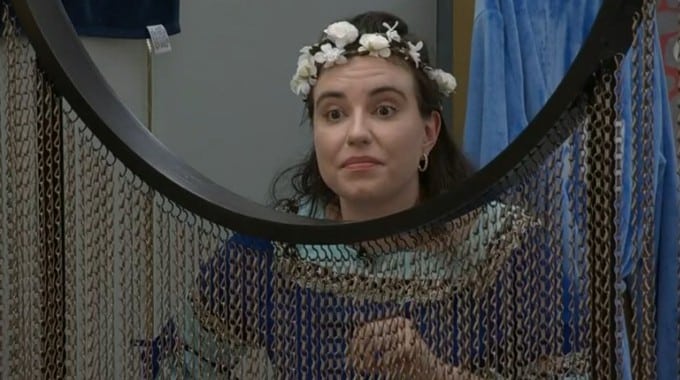 The third episode of CBS’s Big Brother 24 opens with the aftermath from the nomination ceremony. Neither Michael nor Terrance are surprised by their nominations, but neither one is happy either.

Terrance goes to talk to Daniel, not realizing he is actually a pawn this week. Michael, for his part decides to talk to everyone to see who will help him in the POV should they win.

Taylor offers to share her clothes and does a fun fashion show. The latter backfires and the girls make fun of her for being attention seeking.

Indy, Turner and Ameerah join Terrance, Michael and Daniel in the POV competition. It is a Renaissance Faire theme and everyone is dressed up for the occasion. The competitors are paired up and collect rings. The one with the least amount wins and they are all paired up until there is only one person standing. Everyone else eats turkey legs and bread.

The competition seems to take forever, but in the end, Michael wins POV. He is thrilled, but Daniel is upset he has to pick a replacement nom.

The girls want to target the guys, while Paloma is set on getting rid of Taylor, especially after Taylor tells Monte Paloma is worried about the men targeting the women. Somehow, word gets out about this and Taylor becomes the biggest target. She also is in tears because she was able to hear everything they said about her.