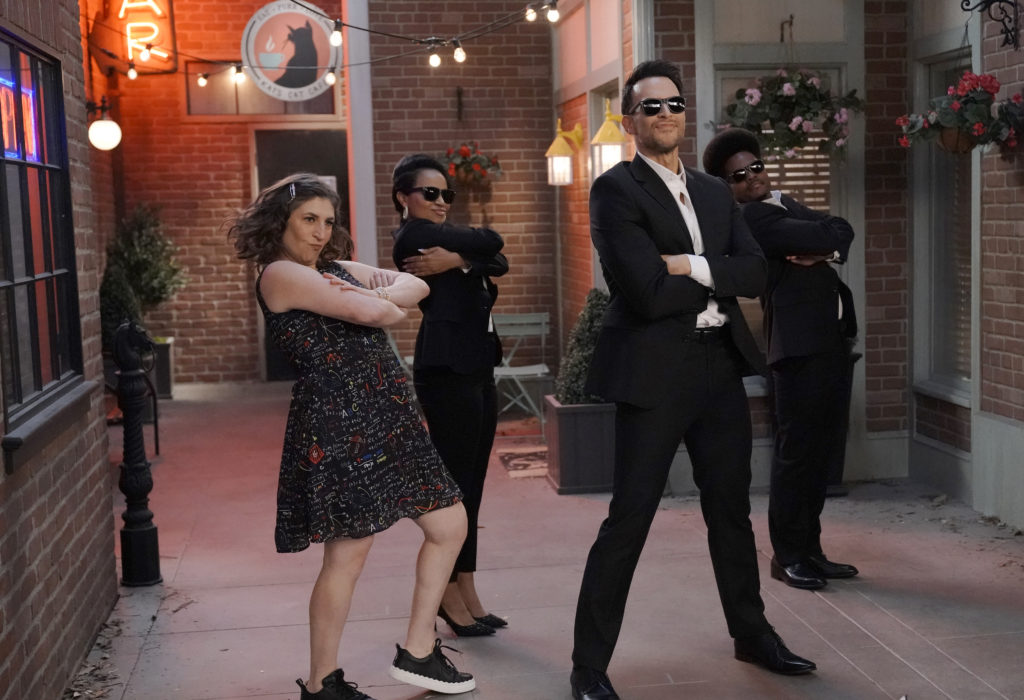 The episode opens with Carter, Max, Kat and Randi celebrating Max’s job working with an up and coming artist named Pippa. They are all thrilled with his new job and promise to talk him up.

Pippa comes in and seems more interested in taking selfies to promote a new energy drink. She likes Kat’s mom energy as she fangirls over her.

At the cafe, Phil tells Oscar that another member of his bowling team dropped out because his husband left him at moved to Myknos. Oscar says another guy did the same thing, which is a crazy coincidence. This leads to the possibility of Kat being on the team. However, she isn’t sure due to a bad experience in her past.

Max tries to help Pippa with her music, but she is more interested in creating content. Carter snarks on the situation, but agrees that Pippa’s actual music is pretty bad.

At the bowling alley, Phil gets shy over a guy he likes. Kat says he should do something about it, but Phil isn’t sure if Glen is gay.

Oscar helps Kat bowl, but it isn’t until she relates it to math that she is able to do well. The guys, as well as Wyatt cheer her on as she gets the hang of the game.

Max tries making content, which leads to a debate on the issue. Randi agrees to help him make good content while Carter tries doing a cinnamon challenge….and failing.

Kat gets the bowling team together to help them improve using math. Wyatt isn’t convinced, but Phil is enjoying the lesson.

Max, Carter and Randi make a video with Max’s music and dancing. Even though he enjoyed it, Max doesn’t think this is the way to get his music noticed.

At the bowling alley, Kat tries coaching everyone, but ends up just being annoying. She also upsets Glen by bringing up his dead mom. Phil is upset because she interrupted his flirting time.

Oscar takes Kat aside to tell her to calm down. She is resistant until she hears her own intensity.

At the bar, Pippa is performing and tells Max her manager wants him to write songs for her. They agree to work together and begin working on music.

Kat talks to Phil and Wyatt and apologizes to them about her behavior. They make up and end up winning bottomless nachos.

On the way home, Oscar is upset that he is no longer the team ringer. She wants him to talk about his feelings on the issue, but he refuses.

The episode ends with the gang toasting to Max and Phil finally making a connection.