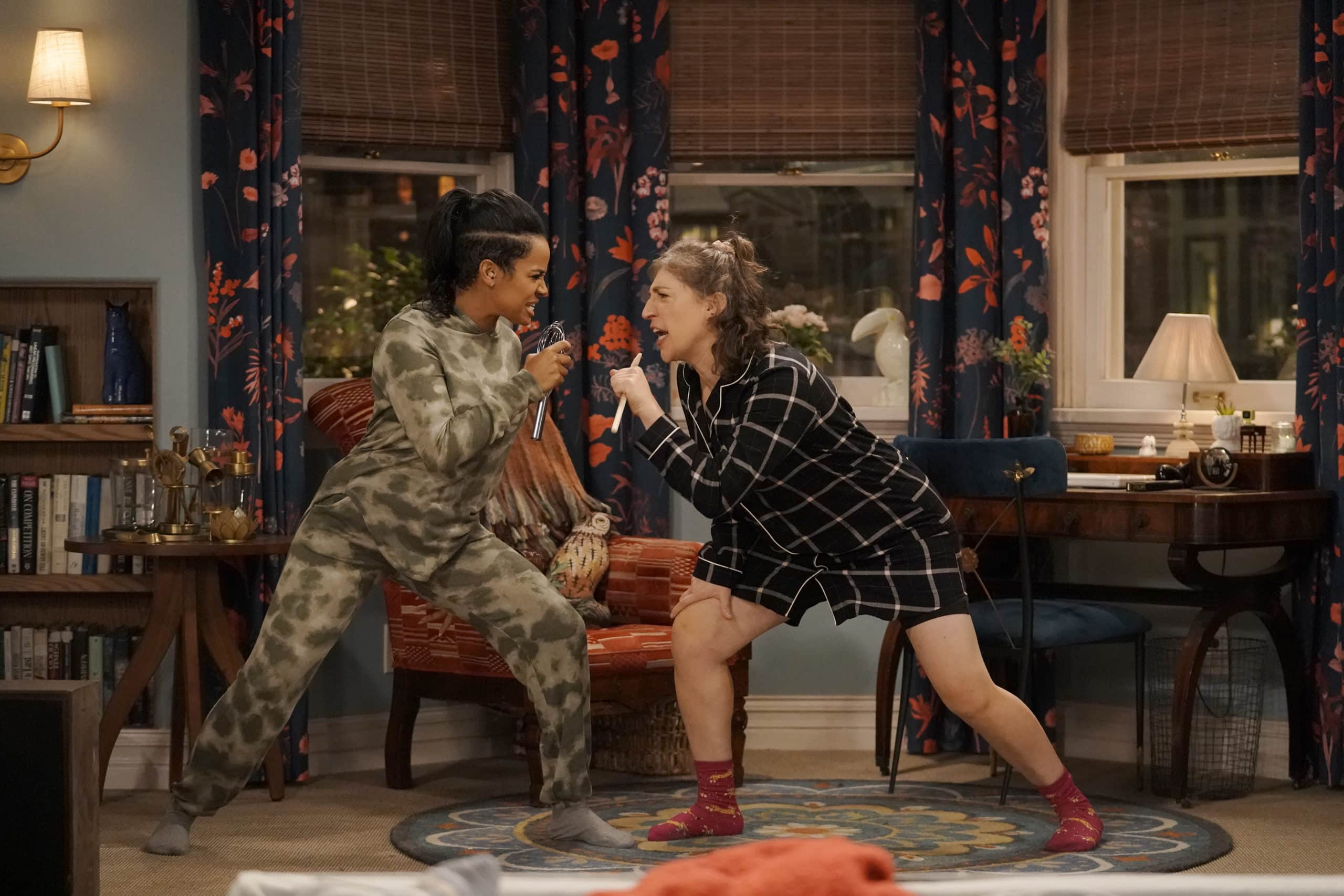 ICYMI: Call Me Kat Recap for Call Me a Sporty Giant

The episode opens with Kat and Randi dancing to Push It by Salt and Pepa. Kat wants them to redo it for their TikTok account, but Randi doesn’t want anyone to know about their dances.

Kat then suggests they watch Love, Actually, but Randi wants to go to sleep. However, Kat insists until Randi agrees.

The next day, Phil is flirting with a customer when Randi comes in, drinking coffee and being grouchy. Phil thinks it must be fun having a roommate, but Randi says Kat sings about everything and always wants to have fun.

Kat walks in and wants to know what is wrong. PHil tells her that Randi is in pain from sleeping on her couch. This makes Kat feel bad.

Carter and Max are talking about how to improve the bar when Randi comes in, asking if she can stay at Carter’s. He gets a bit too excited, which causes her to change her mind. Max teases him about it as Randi leaves.

Later on, Kat surprises Randi with a new couch and says she donated the old one. Randi freaks out because she has $2,000 hidden in the couch. The two end up arguing over being roommates but agree to go get the couch. The man in charge refuses to give them the information on where it was sold until they scare him into it.

The guys decide to do a bourbon tasting to compete with a rival bar and end up getting drunk and telling funny stories. Phil then confesses he cannot ride a bike, so Carter and Max try to teach him….leading to Phil getting hurt.

Shelia picks them up and takes them to the hospital. They talk about Sheila’s ‘thank you, next’ policy and putting themselves out there. Max wants to stop for food. Carter makes fun of him but agrees when he sees a frozen yogurt place.

At the hospital, Shelia yells at Max and Carter, only to realize she never had to so this with Kat.

Phil comes out on crutches….and a date with one of the nurses.

Kat and Randi end up in a grief meeting to try and get the money out of the couch. Kat ends up opening up about the death of her dad and how she regrets not spending time with him before he suddenly died. She and Randi make up and hug it out. Kat then encourages a group hug as Randi grabs the cushion with the money and runs.

The episode ends with everyone helping Phil ride the bike of his dreams….only to have him crash.