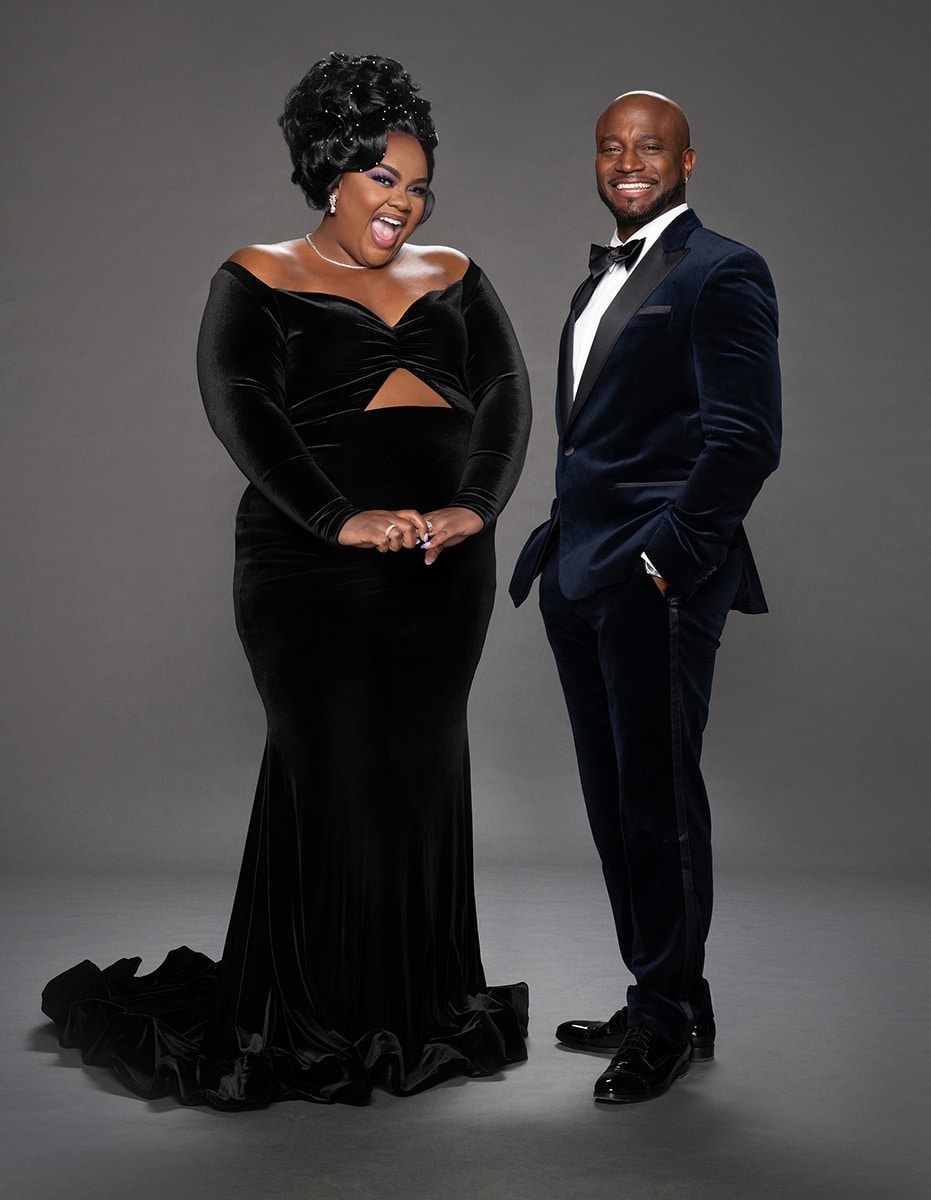 The Critics Choice Association (CCA) announced today that acclaimed film, television, and stage star Taye Diggs and actress, comedian, author and podcaster Nicole Byer will co-host the 27th Annual Critics Choice Awards. Diggs is currently starring in The CW’s hit drama “All American” which returns with new episodes on Monday, February 21, and Byer is a co-host on TBS’s hit series “Wipeout,” which returns with new episodes on January 11.

For the first time ever, the star-studded CRITICS CHOICE AWARDS will be simulcast live on The CW and TBS on Sunday, January 9, 7:00–10:00 p.m. ET (delayed PT – check local listings). The Critics Choice Awards are bestowed annually to honor the finest in cinematic and television achievement. Historically, they are the most accurate predictor of Academy Award® nominations. The 27th annual Critics Choice Awards show will be produced by Bob Bain Productions and Berlin Entertainment. The CCA is represented by Dan Black of Greenberg Traurig.

“Excited to be again hosting The Critics Choice Awards with Miss Nicole Byer,” said Diggs. “It’s always a fun time and Miss Byer is hilarious. Very much looking forward to it!”

“Ooooh! What a nice treat, I am so excited to be hosting the Critics Choice Awards with Taye!,” said Byer. “Oh, the gowns, the stars, the attention… on ME on a stage cohosting! I’m very excited for all of it.”

“This is definitely going to be the best Critics Choice Awards show ever,” promised Critics Choice Association CEO Joey Berlin. “Imagine Taye and Nicole up in front of a big, beautiful room full of all the biggest stars in film and television – all dressed to kill, drinking champagne and hoping to win. It’s going to be a blast!”

Taye Diggs is an established star of film, television and theatre, and made his feature film debut starring opposite Angela Bassett in the box office hit “How Stella Got Her Groove Back.” Next, he will reprise his role of Harper Stewart in the newest rendition of the Best Man-franchise, “The Best Man: The Final Chapters.” The limited series will bring together the core cast and directorial team of the comedic hit franchise and is set to premiere on Peacock. Diggs currently stars in The CW’s hit drama “All American,” and recently executive produced and co-hosted “The Black Pack: We Three Kings” which aired on The CW, with a second variety special, “The Black Pack: Excellence,” also to air on The CW.

Diggs began his career in 1994 appearing in a coveted role in the ensemble cast of the five-time Tony Award winning musical “Carousel.” Later that same year, he starred in his breakout role of Benny in the Pulitzer Prize winning Broadway musical debut of “Rent.” He continued his Broadway career from late 2003 to early 2004 filling in for Norbert Leo Butz in the role of Fiyero in the Tony Award-nominated musical “Wicked,” and appeared as Billy Flynn in the widely-popular musical “Chicago.” Most recently, Diggs took over the title role in Broadway’s “Hedwig and the Angry Inch” in 2015, marking the first time an African American man lead as Hedwig in New York.

His off-Broadway theatre credits include: Second Stage Theatre’s “A Soldier’s Play” (for which he earned a Drama League Award nomination for Distinguished Performance), Manhattan Theater Club’s “The Wild Party,” (for which he earned an Outer Critics Circle Award for the category of Best Off-Broadway Musical) and his first job out of college, in 1994, was a coveted role in the ensemble cast of the five-time Tony Award winning musical “Carousel.”

Diggs is also an author and has written several children’s books alongside his longtime friend and illustrator, Shane W. Evans. Their newest children’s book, “Why? A Conversation About Race,” will release in February 2022 by MacMillan Publishers. His previous children’s books include “My Friend!” (2021), “I Love You More Than…” (2018), “Mixed Me!” (2015) and “Chocolate Me!” (2011).

Nicole Byer is one of the most versatile voices in the comedy landscape today. An actress, comedian, writer, author and podcaster, she is perhaps most well-known as the host of Netflix’s Emmy® nominated competition baking series “Nailed It!,” which has gained a cult following of viewers since its premiere on the streaming platform in 2018. In 2020, Nicole made history by becoming the first Black woman ever to be nominated in the Emmy® category of “Outstanding Host for A Reality or Competition Program” and was nominated again in 2021. The series premiered its sixth season in September 2021.

Byer can be seen in her debut solo stand-up special for Netflix, “Nicole Byer: Big Beautiful Weirdo” which premiered earlier this week to rave reviews. She also stars in the upcoming NBC comedy “Grand Crew” which has a special two-episode premiere on Tuesday, December 14, 2021 before returning on January 4, 2022. The show follows a group of Black friends who unpack the ups and downs of life and love at a wine bar.

Byer is also known for her standout appearances on MTV’s hit show “Girl Code,” a female-driven comedy series that opens the dialogue for the wonders and woes of womanhood. Listeners can hear Byer on five different podcasts, the fan-favorite being her popular weekly, award winning, podcast “Why Won’t You Date Me?,” which sees her inviting friends and guests to discuss their dating lives all while trying to figure out her own. In 2021 the podcast moved under the TeamCoco banner and Byer won the 2021 iHeartRadio Podcast award for best Female Host for the show. She also co-hosts “Best Friends” with Sasheer Zamata, “Newcomers” with Lauren Lapkus and “90 Day Bae” with Marcy Jarreau.

Her book, #VERYFAT #VERYBRAVE: The Fat Girl’s Guide to Being #Brave and Not a Dejected, Melancholy, Down-in-the-Dumps Weeping Fat Girl in a Bikini, was published by Andrews McMeel in June 2020. In it, she shares her impressive bikini collection, tips on learning how to embrace your body and her overall journey to becoming a #brave badass.

Byer is an Upright Citizens Brigade alum who continues to cement her status as a force in standup by regularly performing in cities across the country. Previously, she received national attention for her web series “Pursuit of Sexiness,” which she co-created and starred in alongside friend and fellow comic Sasheer Zamata. The series followed the adventures of two broke, single, and adorably self-absorbed young women trying to find a good guy in New York City. Her additional film and television work includes “Loosely Exactly Nicole,” “Mike and Dave Need Wedding Dates,” “Lady Dynamite,” “Party Over Here,” “BoJack Horseman,” and “30 Rock.”