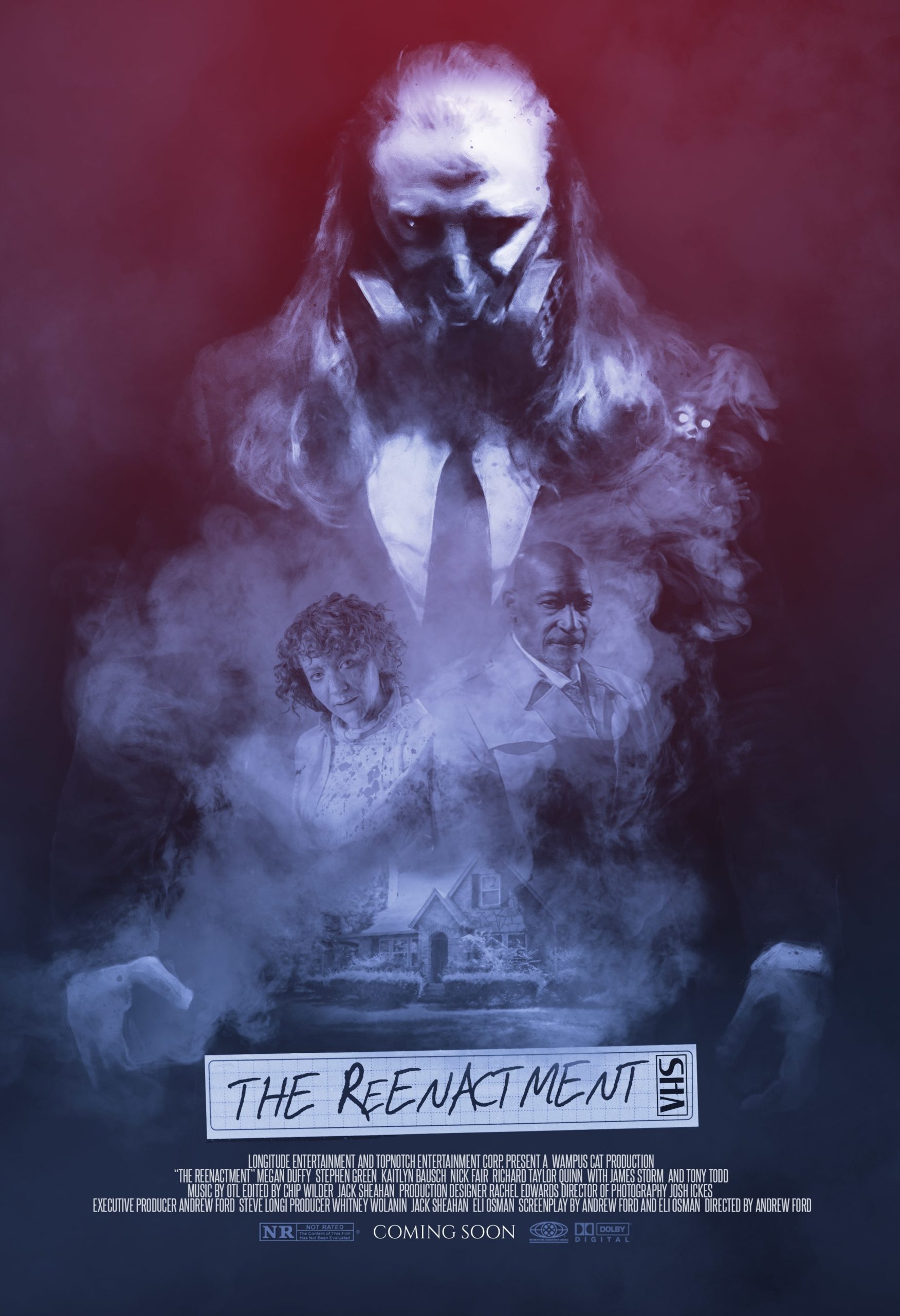 THE REENACTMENT tells the story of a film crew working on a true crime show who find themselves imperiled when they start to film at an abandoned house that may not be abandoned after all.

A film crew working on an “Unsolved Mysteries” type of television show (“Myths & Mysteries”) in the mid-1990s gets more than they bargained for when they arrive to film at an abandoned house. The story goes that a couple of bank robbers known as the Wallach Brothers once used this house as their safe house. Unbeknownst to them, it had been recently sold to a young newlywed couple, who ended up spending their first night alone in their new home at precisely the wrong time. The bank robbers arrived at the house to lay low after another successful robbery, and brutally murdered the couple they weren’t expecting to be there. Afterwards, the Wallach Brothers disappeared. What happened to the bank robbers has been a mystery ever since. And some mysteries, it turns out, are better left unsolved.

“Making THE REENACTMENT has been the experience of a lifetime, and I’m so excited everyone is finally going to get a chance to see it,” said filmmaker Andrew Ford. “Navigating a tricky tonal balance between horror and comedy has its challenges, of course, but I couldn’t have been blessed with a better ensemble cast or a stronger creative brain trust than the ones that brought this to life.”