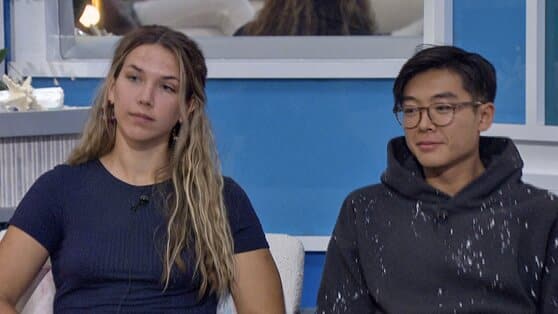 Tonight’s episode of CBS’s Big Brother 23 is yet another live eviction. Either Claire or Derek will go to jury, joining Britini. As Julie points out, if there is no risk, there will be no reward, so this might be Derek’s swan song.

At this point, Derek seems to be a target, but Tiffany thinks it might be more beneficial to keep him and get rid of Claire. She tries to talk to Azah and Hannah about this, but it proves to bite her in the rear, because Hannah goes to tell Xavier.

Kyland also gets involved and the two of them go to talk to Tiffany. She is now upset because they are being hypocritical. Xavier then talks to her privately, so things are okay….or so they seem.

Tiffany says the game is not over, so she talks to Azah and Hannah. The three them make a final three deal and agree that the guys are taking credit for work they did not do.

Xavier is sent to the solitary have not room for 24 hours and will only be let out to vote in the live eviction. He has a bucket for a toilet and gross accommodations.

Before the eviction, Tiffany convinces Derek to ask Azah for a sympathy vote. He tries to convince her that he will protect her and get rid of other targets….and that if he stays, it won’t be for much longer.

Eviction time! In a 5-2 vote, Derek is evicted and sent to jury. Hannah and Kyland were the only ones to vote to evict Claire. He says goodbye and goes out to talk to Julie for his exit interview.

HOH comp! It is another true or false competition based on pictures they see.

Tiffany is HOH! However, if someone wins the coin of destiny, they could take over HOH.