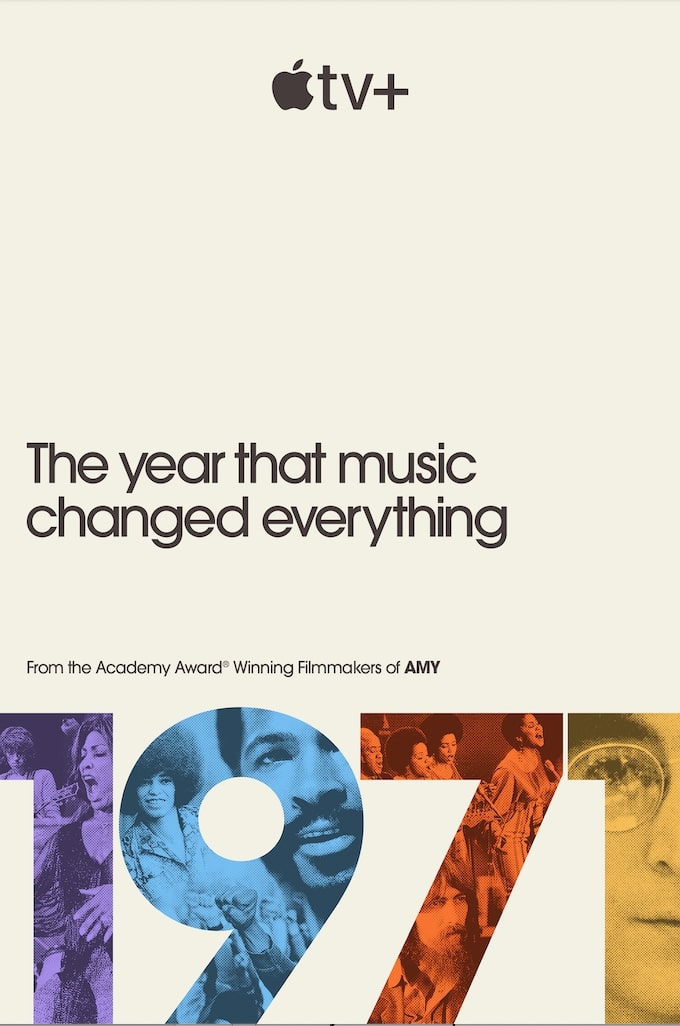 What To Watch: 1971: The Year That Music Changed Everything

Apple today released the trailer for the innovative new docuseries “1971: The Year That Music Changed Everything,” executive produced by Academy, BAFTA and Grammy Award winners Asif Kapadia (“Amy,” “Senna”) and James Gay-Rees (“Amy,” “Senna,” “Exit Through the Gift Shop”). All eight episodes of this immersive exploration of the musicians and soundtracks that shaped the culture and politics of 1971 will premiere on Friday, May 21, exclusively on Apple TV+.

A deep-dive, rich with archival footage and interviews, “1971: The Year That Music Changed Everything,” shows how the musical icons of the time were influenced by the changing tides of history; and, in turn, how they used their music to inspire hope, change and the culture around them. The series examines the most iconic artists and songs that we still listen to 50 years later, including The Rolling Stones, Aretha Franklin, Bob Marley, Marvin Gaye, The Who, Joni Mitchell, Lou Reed and more.

Hailing from Universal Music Group’s (UMG) Mercury Studios in association with On The Corner Films, Asif Kapadia serves as series director and executive producer alongside James Gay-Rees, David Joseph and UMG’s Adam Barker. Chris King serves as editor and executive producer. Danielle Peck is series producer and directs alongside James Rogan. The series was inspired by the book “Never a Dull Moment: 1971 The Year That Rock Exploded” by David Hepworth.