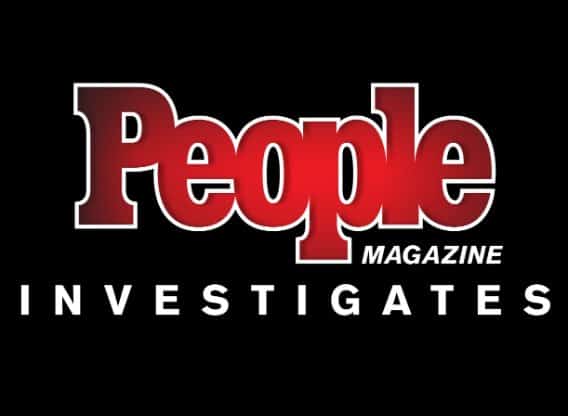 This week’s People Magazine Investigates: Red Christmas focuses on the Wamsley family. Suzy was a stay at home mom and wife, while Rick provided for the family, which included Sarah and Andrew. He was away from the family quite a bit, but always made time for them.

The family lived in Texas in Walnut Estates after Rick’s job became more lucrative. They were considered to be the perfect family, with Sarah being a cheerleader, while Andrew preferred the quiet lifestyle.

In July 2003, Sarah is a mom, while Andrew was attending a community college and living at home. He had a girlfriend named Chelsea Richardson, whom he would often see in his free time. They seemed like the perfect couple.

Fast forward to December 11, 2003. Suzy and Rick prepare for Christmas, while Andrew goes to see Chelsea. A 911 call is made around 11pm, but there is no response. The police go to the Wamsley house to see what is wrong and discover the house and garage are unlocked, They walk in to investigate, where they find a blood trail. They follow it into the living room, where they find the bodies of Suzy and Rick. Both were stabbed and shot.

Investigators come in to reconstruct the crime scene, where they discover two different sets of footprints, fingerprints, bullet holes and a knife without a handle. Suzy was killed in her sleep, while it appeared that Rick tried to escape the killer, only to be killed in the living room. They also find a long hair and a barrette, indicating that one of the killers was a woman. There is also cash found in the bedroom, which is a puzzling clue to investigators.

The community is in shock, especially family friends. Andrew and Chelsea raced to the house upon hearing the news, only to be taken to the police station for questioning and to have their DNA tested.

HOW IT HAPPENED…AND A FAMILY CONNECTION?

It is discovered that a month before the murders, the Wamsleys were shot at while in their car, giving evidence that they were targets for some reason.

The autopsy showed Suzy was killed by the gunshot, then stabbed, leading to neighbors being questions. It comes out that Suzy was planning to divorce Rick, which explained the money found. However, an insurance policy worth over a million dollars is found, leading to Sarah to be questioned.

It was discovered that Sarah was actually rebellious, having relationships with older men and then having a baby with a man named Todd. She ended up having a baby with him and after their break up, only got limited custody. This kind of behavior both worried and embarrassed with family, especially when she ended up getting into a custody battle.

Sarah was considered a suspect due to this, but gave an account of her whereabouts in the 24 hours before the murders. On the 10th, she had dinner with her parents and daughter. On the day of the murders, Sarah dropped off her daughter, went to work and had a co-worker stayed the night. At 4:30am, she found out her parents were murdered.

Andrew and Chelsea were also questioned. Their plans included golf and a meal at the Waffle House. Chelsea’s house was searched and found to be in horrific conditions, which confused investigators. They could not figure out why Andrew would stay in such conditions.

Todd was also questioned and gave his own statement. He had an alibi for the night of the murders, eliminating him as a suspect.

A few months later, it is discovered that the DNA on the hair found at the scene matched that of Susana Toledano, Chelsea’s best friend. A warrant is put out for her arrest and she is eventually found in Chicago at her uncle’s house. She claims she was at IHOP with Chelsea and Andrew, along with a worker named Hilario. They knew Hilario fairly well, so he drove them to the Wamsley house, where she heard the gunshots. He told her not to say a word.

She also claimed that Chelsea and Andrew once told the two of them that they planned on killing the Wamsleys and that in October, Andrew asked Hilario for a gun. He gave the gun to them and was later arrested for conspiracy to commit murder. Susana, who shot at the car, was also arrested, along with Andrew and Chelsea, the latter being charged with capital murder.

Hilario struck a plea deal, while Susana was able to get a reduced charge, preventing her from getting the death penalty. Andrew and Chelsea take their chances and will face Susana on the witness stand.

Susana gives her testimony, which causes Chelsea to get the death penalty. Andrew, who is scared of getting the same fate, so he turns to his best friend to help him out. His friend Klint claims that Chelsea manipulated Andrew to commit the murder, which leads to him getting life in prison. Susana also gets life in prison.

In January 2012, Chelsea’s sentence changes to life in prison.

Klint says he is no longer in contact with Andrew.