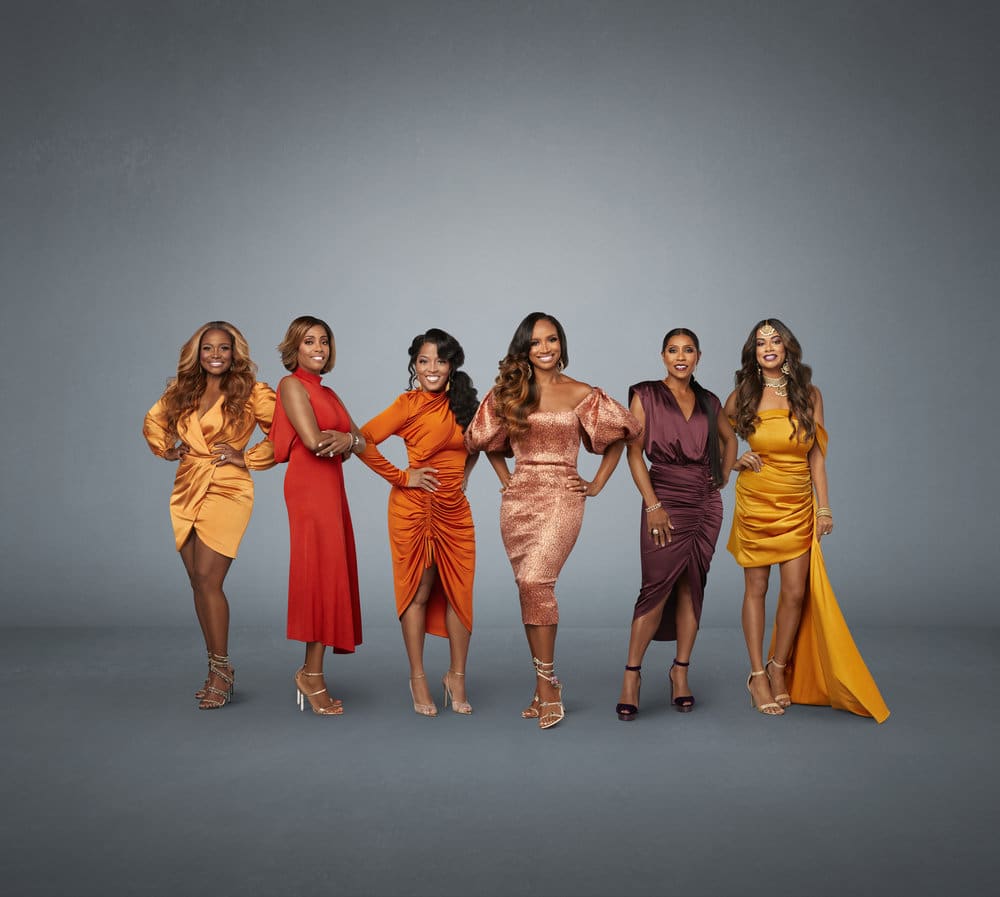 This week’s episode of Bravo’s Married to Medicine opens with Toya and Dr. Eugene talking in the kitchen. She asks if he wants dinner, but he is too tired to eat and has to go to work. She talks to him about how Ashton is not Mr. Privacy when it comes to homework and wonders what is happening with him.

However, she is thrilled that the kids are back in school so she can have time to do things by herself and with her friends….despite the fact that they have been fighting lately.

Dr. Eugene leaves, and Toya begins to help her sons with their homework. One of them is struggling with math, so she tries to help and explains how her friend Heavenly struggles as well.

Dr. Simone works out a budget with her son Miles, who is taking a year off from school. She wants him to eventually go back to school and be on his own, but he seems to want to get an apartment with his dad. Dr. Simone tells him that is not happening, so Miles wants to live at home. She wants to go over his budget again and says that Cecil was similar at his age.

Miles shows Dr. Simone some classes he is paying for, but she is worried that he is spending too much money. She also thinks he might be home until he is married and he has no problem with this. However, he does have a problem with paying bills because he is spending instead of saving.

Lisa Nicole and Anila go shopping together in order to get ideas for Anila’s fashion blog. Anila gives her prices for each post and Lisa agrees that it is a good deal. As they toast to the deal and gossip, Quad calls to tell them about a party she is having. Lisa wants to know if she is invited, despite the fact that the two women have been having problems. However, she is invited and all is right with the world…for now.

Dr. Contessa’s husband Dr. Scott takes her blood so she can donate plasma. As he works on her, she talks about how she is struggling to balance it all. She worries about their relationship and wonders if they should go for therapy.

Quad prepares for her party by cooking and decorating. She also brags about her house and how she cannot wait to show it to Toya.

Dr. Jackie has Dr. Simone over her house to talk about the upcoming party. They are sad that they cannot hug due to COVID, but they pick out outfits together. Dr. Simone teases Dr. Jackie about her OCD because everything is so organized. As they look through the closet, they discuss Toya’s current attitude and the drama within the group.

Toya picks out an outfit to wear to the party, but doesn’t want to waste her nicer clothes on the ladies.

PARTY TIME! Everyone gathers at the house and greets each other. Everyone seems to be getting alone, even though Heavenly thinks Anila’s name is Anita.

As everyone eats, Quad starts a dance off competition with the ladies. As she explains the rules, Toya and Kari arrive. Toya brings her own drink and tequila as a hostess gift. However, Quad is annoyed by Toya’s attitude and the fact she brought Kari without asking. It only gets worse when Kari and Quad try to one up each other.

The dance off begins and at the end, it is Team A that wins, despite not doing the required twerking.

Everyone goes to the fourth floor for more bonding, but it quickly goes south when the drama comes to the surface and a fight erupts. Toya ends up leaving, saying she is mad about how things went down. Quad says she is a mannequin and should go stand in the corner. The group is divided, but Dr. Contessa and Dr. Simone seem to be the most worried about Toya.

Quad wants to talk to Dr. Simone, but it ends up causing another fight.