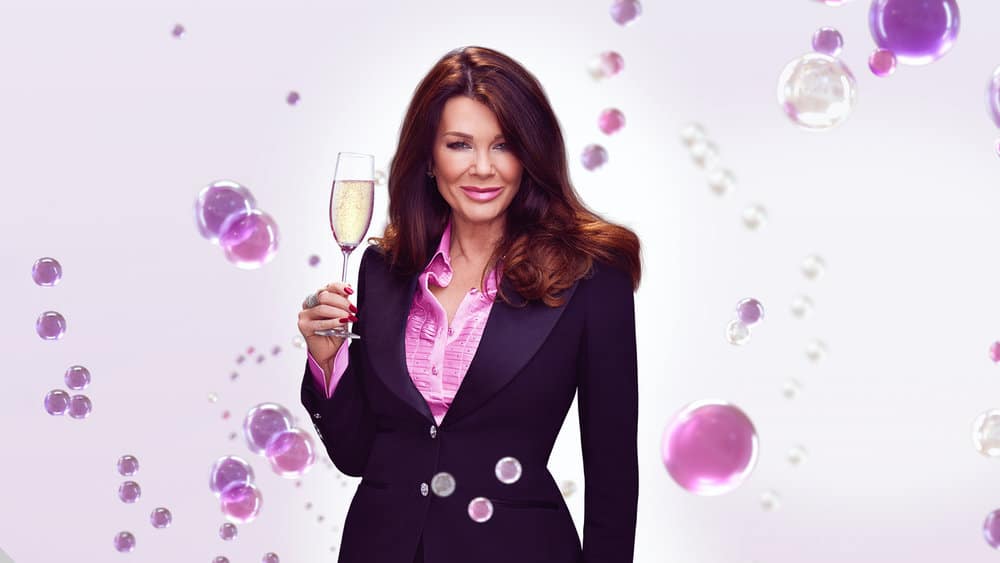 The pilot episode of Overserved with Lisa Vanderpump has a Provence theme to celebrate her time living in the South of France. NSYNC’s Lance Bass and movie star Vivica A. Fox are her guests for the evening.

The episode opens with Lisa preparing for Lance and Vivica to arrive. She is wrangling the ponies into behaving with Lace arrives with his husband Michael Turchin. He brings some booze, which Lisa appreciates. She even quips that Lance is the world’s best drunk.

Vivica arrives soon after and teases Lisa about greeting her with the ponies.

Everyone gets together to chat and drink before the meal is served. Everything is decorated like her home in the south of France. She serves crudites in a basket, which she says is tradition there. As they nibble, Lance is asked about his craziest celebrity experience. He admits he once confused Julia Roberts and Cindy Crawford at an event. He was fangirling over who he thought was Julia, but it turned out to be Cindy. He says she was nice, but probably wondered why he was talking about Julia’s movies.

Lisa goes to get the food with her daughter Pandora, who is also there, along with Lisa’s husband Ken. She jokes that she would go lesbian for Vivica, so Pandora quips that they should kick Ken out and have Vivica move in.

As they are talking, Michael needs ice for his nose job and he is teased for allegedly being Team Rinna.

Dinner is served! It is tuna with green beans and some sort of potato side. They talk about Lance and Michael trying to become parents and how Lisa should throw a gay-by shower, as well as Vivica having bad luck with men. Lance excuses himself to go to the restroom and they decide to play a joke on him since he is the self proclaimed practical joker.

Everyone is drinking and getting a bit loopy, so they decide to play a game that asks interesting, personal questions. As they play, Lisa and Vivica continue to bond, while Lance and Ken put the ponies in the house. Everyone else decides that this is a good time to do the practical joke.

Lance doesn’t get scared, but he does find it funny. Michael, for his part, ends up with a bloody nose and jokes that he is going to sue Lisa.

The episode ends with them toasting to a happy night with amazing company.