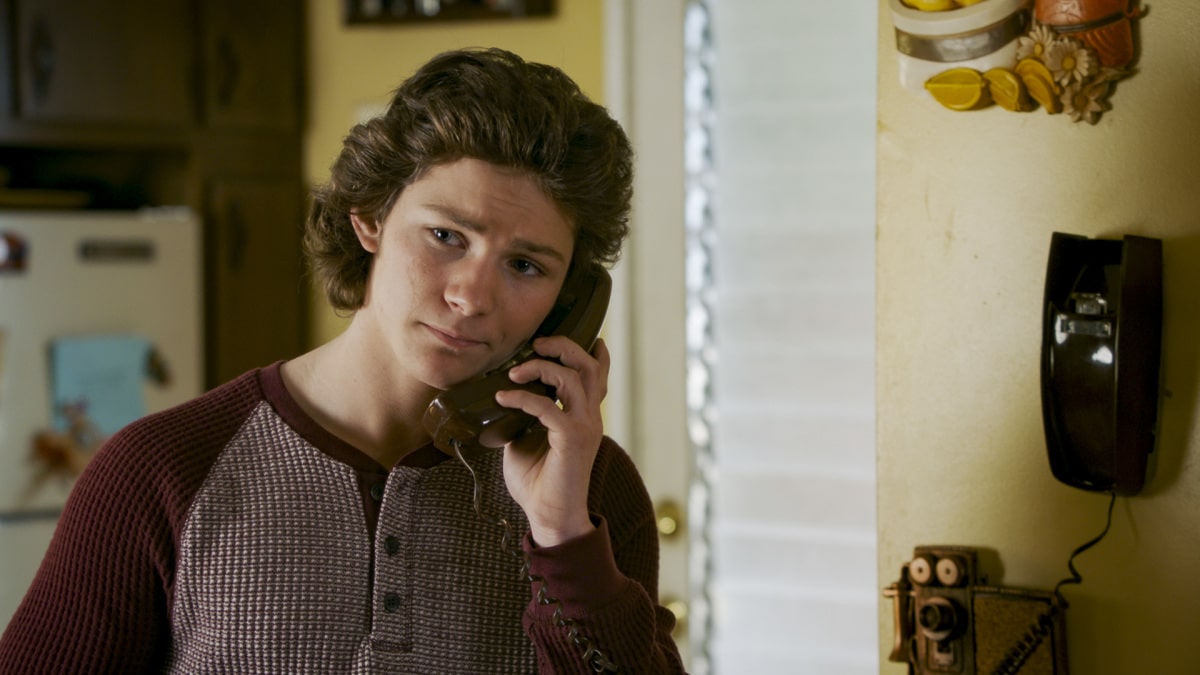 ICYMI: Young Sheldon Recap for A Pager, A Club and a Cranky Bag of Wrinkles

The episode opens with Adult Sheldon (Jim Parsons) talking about his life in college while Dr. Linkletter (Ed Begley Jr) goes into his office. Sheldon(Iain Armitage) is waiting in there, ready for lunch. He wonders how he got in there and Sheldon says Janitor Jim let him in.

Georgie (Montana Jordan)comes home and greets George (Lance Barber), who is watching TV and having a beer. He notices that Georgie has a beeper and wonders why he would need one…..since he is not smart enough to be a doctor or a drug dealer. Georgie insists that people need to get in touch with him and sure enough, the beeper goes off. It turns out it is a wrong number, so George makes fun of him.

Dale(Craig T Nelson) and MeeMaw (Annie Potts) are spending time together at her house when she checks her messages. She gets one from June, apologizing for their fight. Dale says June never apologized to him.

Sheldon goes to eat with Dr. Linkletter, but he is a no show. He goes to look for him and finally finds him eating lunch in his car. He joins him, despite the fact that Dr. Linkletter wants to be left alone.

Georgie is at home when his beeper goes off again. It is the same wrong number, but it is a woman in desperate need for her heart medication. He goes out to help Mildred (Judith Drake) and she insists on making him peaches with whipped cream.

Mary (Zoe Perry)tells George that Dr. Linkletter wants Sheldon to make friends other than him, causing George to snark that he will never be one of the cool kids.

MeeMaw and June(Reba McEntire) enjoy a drink together and make plans to go gambling.

Missy (Raegan Revord) is reading a magazine and says Wil Wheaton is cute. Sheldon offers to have her watch Star Trek with him, but she says he isn’t that cute.

Mary then comes in with ideas for Sheldon to make friends, including joining the astronomy club. He vetoes all her ideas, saying things are fine the way they are. Missy tells Mary that she tried.

Sheldon tells Dr. Linkletter he will be joining a club and will not be able to have lunch with him anymore. However, not until he helps him pick out a club. Sheldon interviews several clubs, but vetoes all of them by being his usual annoying self.

Georgie tells Missy about helping Mildred with everything and she snarks that he doesn’t even do work at home. He says he knows that. She says he can always tell her no, but when she calls again, he gets roped into helping her buy and put plants in her garden.

MeeMaw and June drive to the casino, deciding that they are going to do karaoke while they are there.

Dr. Linkletter walks into his office to see Sheldon using his computer. He finally has to tell them they cannot hang out anymore, which leaves Sheldon very upset and angry. He tells this to Mary on the way home, saying he can start an I Hate Dr Linkletter club. Mary suggests he start his own club and he compares it to her I Hate The Simpsons club, where they write letters to take it off the air.

MeeMaw and June gamble at the bar and talk about Dale. June asks if she regrets saying no to Dale’s proposal. MeeMaw says no, but she pauses, which June finds interesting.

Sheldon complains to Missy about the fact that he has to be social in school. Her feelings are the complete opposite because she finds the education part of school boring. He reminds her that education is the whole point of school.

Georgie plans on telling Mildred he can’t help anymore when her pretty granddaughter (Holly J Barrett) answers the door. She thanks him for taking care of her Nana, saying she thinks highly of him. Mildred asks him to stay for dinner and he happily accepts.

June and Meemaw do karaoke, with June being completely off key.

Sheldon decided to begin a Professor Proton club, but nobody shows, except for one guy who wants to read in peace. Sheldon tries to talk to him, but the guy tells him to shush, thus beginning the Read in Silence club.

The episode ends with MeeMaw and June hung over and with no memory of the night before. Dale calls MeeMaw and tells her she called last night, but refuses to tell her what she told him.