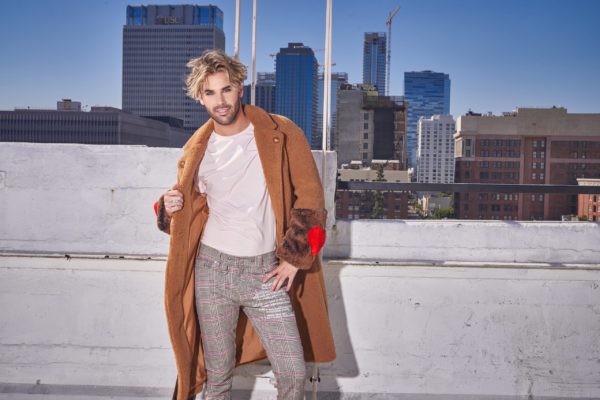 Adam Cola is an incredible new music talent that is taking the world by storm. He has the talent, looks and personality to be the next big thing in music. While he is not yet a household name, he is well on his way to getting there.

Now we can enjoy more of his music with his new song, which is being released tomorrow. Make Your Mark is the debut song from his new album and promises to be an anthem for people everywhere. The song is a passion project for him and something that was a long time coming. Fans will finally get to know the REAL Adam, which is something he has wanted for a long time. He has finally learned how to love himself and hopes the song will not only make fans see that, but allow them to do the same.

However, his music is not the only thing that makes this LA guy stand out. He is also a major activist and caring individual. He is an ally to movements such as Black Lives Matter and shows compassion to others in such a way that people feel loved as soon as they meet him. He loves with his whole heart and his compassion is something that we need, especially in the world today. He is someone who may be known for his talent, but he will be remembered more for his heart, which is more important. While I look forward to hearing more of Adam’s music and seeing his career progress, I am more excited to see more of his philanthropy and getting to know him better as a person and as a friend.