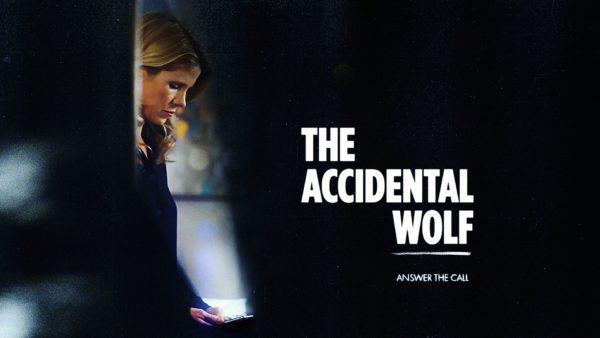 Topic, the fast-growing streaming service from First Look Media, made its very first presentation to attendees at the semi-annual gathering of the Television Critics Association (TCA) today in a session led by Topic’s General Manager, Ryan Chanatry. During the virtual press conference, Chanatry led critics through the emerging streamer’s brand positioning, target audience and select programming highlights prior to introducing panel discussions on two of the service’s upcoming series: The Accidental Wolf, a thriller about an upscale New Yorker whose life is transformed after receiving a life-or-death phone call; and Release, a prescient drama about ordinary citizens coping with the fallout of a fictional pandemic and quarantine. Descriptions of both programs can be found below.

In his remarks, Chanatry discussed Topic’s commitment to premium storytelling as seen in the streamer’s wide array of genres from all over the world including dramas, comedies, independent films, talk, docu-series, and shorts. Chanatry discussed several programming highlights including the growing popularity of its talk show, What’s Your Ailment?! with Maria Bamford, Second City’s The Last Show Left on Earth, and One Story Up, a collection of shorts selected and curated by Academy Award®-winner Roger Ross Williams, among other programs.

Topic’s second panel, centered around the September 3rd premiere of the drama Release, featured performers Aunjanue Ellis (upcoming Lovecraft Country, THE CLARK SISTERS) and Lana McKissack (A CHRISTMAS MOVIE CHRISTMAS), who were joined by the series’ co-creators and co-writers, Joe Penna (ARCTIC, the upcoming STOWAWAY starring Anna Kendrick & Toni Collette) and Ryan Morrison (ARCTIC and Turning Point). The series, which premiered at the 2019 Tribeca Film Festival, was co-created by Penna and Morrison as part of a first-look film and television deal with the pair and Topic Studios, the studio arm of Topic Entertainment.

“The Accidental Wolf and Release are prime examples of Topic’s commitment to creator-driven entertainment that is smart, compelling and socially relevant,” explains Chanatry. “By bringing a one-of-a-kind lens, inclusive of all genres from series, films and specials, Topic brings our growing fan base a premium alternative that’s unique in North America.”

The Accidental Wolf tells the story of two strangers in distress who are linked by a late night phone call. Katie Bonner (O’Hara) lives an unexceptional life. Married to a successful attorney, she cares for their newborn, and quietly exists in her Manhattan penthouse. One night, Katie receives a call from an unknown number. On the other line, a distressed man fights for survival as gunshots and explosions echo in the background. In his final moments, the caller pleads for the life of his pregnant and wounded wife, Tala. Deeply affected, Katie embarks on a journey to find her. Before too long, the mystery of the unknown caller and search for Tala threaten to cost Katie everything.

Arian Moayed said, “Stories of the voiceless disappearing into a void and those trying to pull them back to safety is at the forefront of our daily lives. The Accidental Wolf tackles so many of the modern questions about helping a stranger in need and what we’re willing to sacrifice in order to do that. As an artist and an immigrant, there aren’t enough words that express how thrilled I am that Topic is continuing this story.”

Release reveals a series of interconnected portraits from the first several months of a fictional pandemic as it strikes the quiet outskirts of an American city. This prescient and gripping series, created and produced prior to the Covid-19 pandemic, explores the honest human reactions, fears and hope of ordinary citizens struggling to cope during the outbreak and ensuing quarantine. In addition to McKissack and Ellis, Release also features Kota Eberhardt (DARK PHOENIX), Noah Averbach-Katz (A BREAD FACTORY, The Good Fight), Mark Borkouwski (Ramy, House of Cards), and Matthew Lawler (The Family, City on a Hill).

Joe Penna said, “In the context of the new paradigm of our world, it’s been surreal to us that this is a show that now requires much less imagination from an audience. That’s unfortunately much closer to truth than we ever thought possible.”

Ryan Morrison added, “We’re extremely fortunate and grateful to have wrapped this project up before the real pandemic would have prevented us from filming our fictional one.”

Topic’s streaming service launched in November 2019 and is focused on intensely curated entertainment from creators who have passionate points of view. The service caters to a specialized, niche audience who are engaged and curious, and who seek smart, provocative, and meaningful entertainment and human-centered storytelling. Topic features North American premieres and programming from around the world, complemented by a diverse slate of originals including scripted comedies and dramas, discussion shows, documentaries, features, and more.