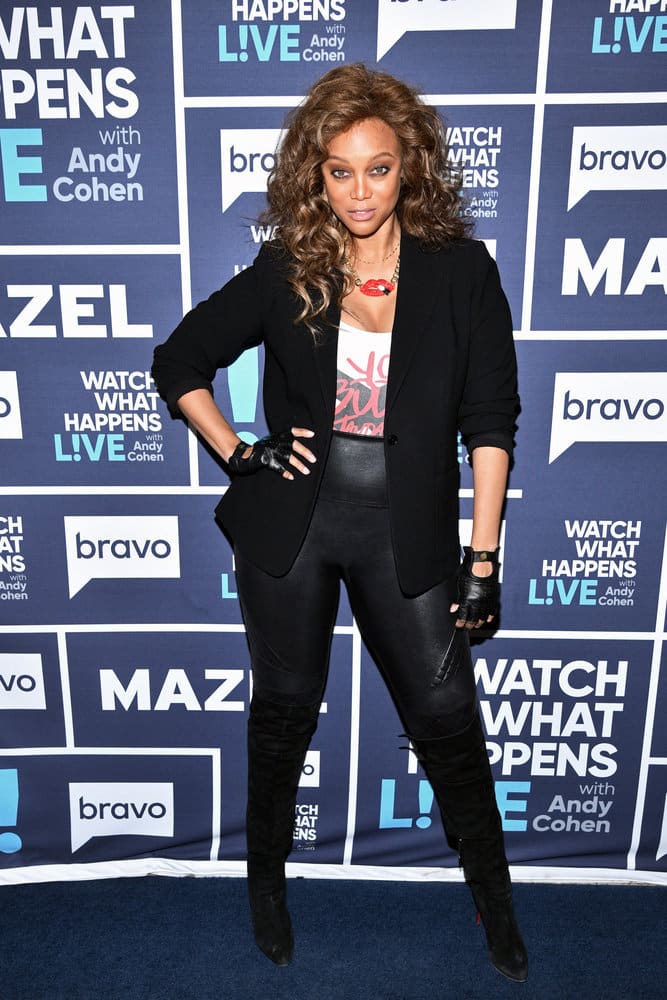 ABC and BBC Studios’ Los Angeles production arm announced today that after 28 seasons, Tom Bergeron will exit “Dancing with the Stars,” with Erin Andrews also departing. Supermodel and businesswoman Tyra Banks will be welcomed into the ballroom as the show’s new host and executive producer.

In collaboration with the show’s executive producer/showrunner, Andrew Llinares, Banks will bring her energy and inspiration to the creative refresh the team is planning while honoring the show America loves.

“I’ve been a fan of ‘DWTS’ since its beginning … The fun mixed with raw emotion, seeing celebrities push past their comfort zones, the sizzling dance performances … it’s always transported me to my days of turning it up 10 notches on the catwalk,” said Banks. “Tom has set a powerful stage, and I’m excited to continue the legacy and put on my executive producer and hosting hats.”

“Tom has been an integral part of the ABC family for nearly two decades, from hosting ‘AFV’ to ‘Dancing with the Stars’ – we are grateful for all he and Erin have done to make ‘Dancing’ a success,” said Karey Burke, president, ABC Entertainment. “As we gear up for the show’s 29th season, we can’t wait to welcome Tyra Banks to our ‘Dancing’ stage. Tyra is an award-winning multihyphenate whose fierce female prowess and influence across many industries have made an indelible mark. Her fresh take on America’s favorite dancing competition will surely bring more than a ‘Smize’ to fans everywhere.”

Valerie Bruce, general manager, LA Productions, BBC Studios, said: “Tyra Banks is an icon whose powerful presence, trademark confidence, and industry-leading achievements inspire us. We are proud to partner with ABC to welcome her as the new host of ‘Dancing with the Stars.’ This represents a landmark moment in our 28 seasons producing ‘Dancing with the Stars’ as we take this iconic show in a new creative direction. We offer our sincere thanks to Tom and Erin, whom we will always consider part of the ‘Dancing with the Stars’ family.”

“Dancing with the Stars” is the hit series in which celebrities perform choreographed dance routines that are judged by a panel of renowned ballroom experts. The series averaged 9.1 million Total Viewers last season after 35 days of viewing across linear and digital platforms.

Tyra Banks is the content creator of our time. The supermodel turned super businesswoman has a long list of firsts, prestigious awards, and business and educational endeavors. Banks was the first African American model featured on the cover of Sports Illustrated’s swimsuit edition in 1996, 1997, and yet again in 2019.

Tyra was named one of The Hollywood Reporter’s 100 Most Powerful Women in Entertainment, Entertainment Weekly’s 25 Smartest in Television, and was America’s No. 1 host two seasons running on “America’s Got Talent.” She was listed twice on Time magazine’s 100 Most Influential People in the World. In addition to being honored as one of Glamour magazine’s coveted Women of the Year award, she received two Emmy® Awards for “The Tyra Banks Show,” the first show ever to receive the award in the new informative category.

After launching The Tyra Banks Company, she graduated in 2012 from the Owner/President Management program at Harvard Business School. Since 2017, Tyra has shared her expertise and knowledge of personal branding as visiting professor at Stanford Graduate School of Business.

Her latest venture, ModelLand, is a first-of-its kind experiential company that combines immersive theater, experiential shopping, and playful culinary delights that live at the intersection of the fashion and entertainment worlds. With plans for domestic and international expansion, the flagship 22,000-square-foot location in Los Angeles will be a destination for tourists and locals, and have activities for all ages to enjoy.