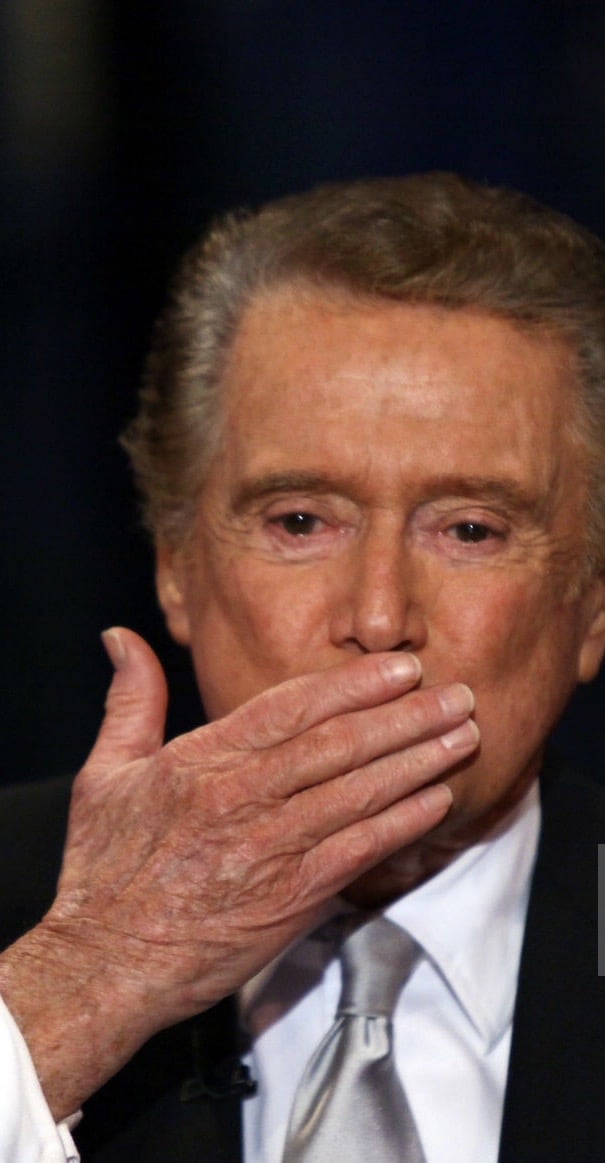 Sad news for the world today. Regis Philbin, the iconic talk show host and the man dubbed as the most hardworking man in show business, has died. He was 88 years old.

He left the show in 2011, but went on to appear on other shows, including Rachael Ray’s talk show.

Regis also hosted Who Wants To Be A Millionaire for several seasons and was the inaugural host for America’s Got Talent.

His family released the following statement to the media:

“His family and friends are forever grateful for the time we got to spend with him – for his warmth, his legendary sense of humor, and his singular ability to make every day into something worth talking about. We thank his fans and admirers for their incredible support over his 60-year career and ask for privacy as we mourn his loss,” the Philbin family says.

He is survived by his wife Joy daughters Johanna, JJ and Amy.

TVGrapevine sends their condolences to his loved ones at this time.