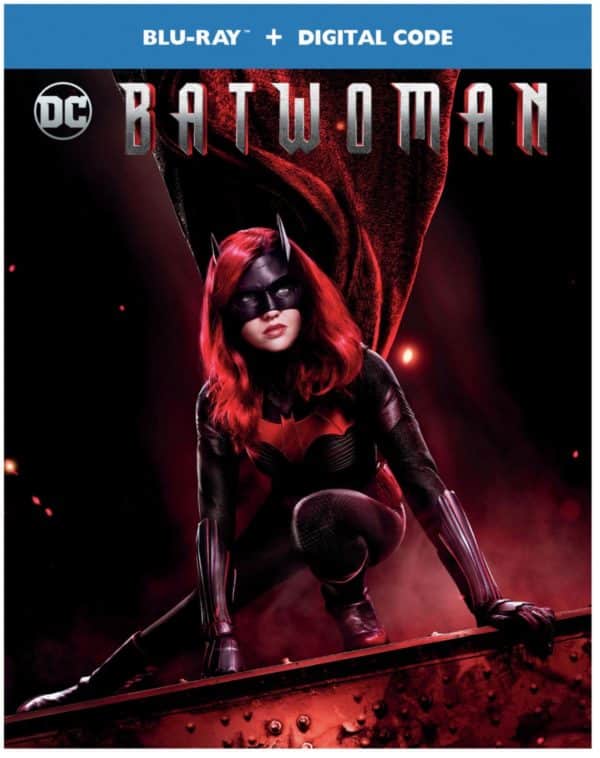 0
Read Time:4 Minute, 31 Second
The future of Gotham is in her hands with the release of Batwoman: The Complete First Season on Blu-ray and DVD on August 18, 2020 from Warner Bros. Home Entertainment. Strap yourself in for an exhilarating ride with all 20 episodes from the first season, plus The Best of DC TV’s Comic-Con Panels San Diego 2019, deleted scenes and a gag reel. A limited-edition bonus disc featuring all five DC Crossover Event Crisis on Infinite Earths episodes will be available exclusively for fans who purchase the Blu-ray. Batwoman: The Complete First Season is priced to own at $39.99 SRP for the DVD ($44.98 in Canada) and $44.98 SRP for the Blu-ray ($49.99 in Canada), which includes a Digital Copy (U.S. only). Batwoman: The Complete First Season is also available to own on Digital via purchase from digital retailers.
Kate Kane never planned to be Gotham’s new vigilante. After Batman disappeared, Gotham was in despair… until she returned. Armed with a passion for justice and a flair for speaking her mind, she soars through the shadowed streets of Gotham as Batwoman. But don’t call her a hero yet. In a city desperate for a savior, she must first overcome her own demons before becoming Gotham’s symbol of hope.
“In only its first season on the air, Batwoman quickly established itself as the #1 new show on The CW given its legendary superhero following, stellar casting, and action-packed drama,” said Rosemary Markson, WBHE Senior Vice President, Television Marketing. “With 2.1 million people tuning in weekly, the devoted fan base for this phenomenal series will love the extra content on the discs, while newcomers can catch up on the hit series just in time for Season 2.”
With Blu-ray’s unsurpassed picture and sound, Batwoman: The Complete First SeasonBlu-ray release will include 1080p Full HD Video with DTS-HD Master Audio for English 5.1. Featuring all 20 episodes from the first season in high definition, as well as a digital code of the season (available in the U.S. only).
Batwoman stars Ruby Rose (Orange Is the New Black, John Wick: Chapter 2), Rachel Skarsten (Birds of Prey, Reign), Meagan Tandy (unREAL, Teen Wolf), Nicole Kang (You), Camrus Johnson (The Sun Is Also A Star), Elizabeth Anweis (NCIS: Los Angeles, 9-1-1), and Dougray Scott (Departure, Snatch). Based on the characters created for DC by Bob Kane with Bill Finger, Batwoman is produced by Berlanti Productions in association with Warner Bros. Television with executive producers Greg Berlanti (Arrow, The Flash, Supergirl), Caroline Dries (The Vampire Diaries, Smallville), Geoff Johns (Stargirl, The Flash, Titans) and Sarah Schechter (Arrow, The Flash, Supergirl).
BLU-RAY & DVD FEATURES*
*Special Features are subject to change.
20 ONE-HOUR EPISODES
DIGITAL
Batwoman: The Complete First Season is currently available to own on Digital. Digital allows consumers to instantly stream and download all episodes to watch anywhere and anytime on their favorite devices. Digital is available from various retailers including iTunes, Amazon Video, Google Play, Vudu, PlayStation, Xbox and others. A Digital Code is also included in the U.S. with the purchase of specially marked Blu-ray discs for redemption and cloud storage.
THE BASICS
Street Date: August 18, 2020
Order Due Date: July 14, 2020
BD and DVD Presented in 16×9 widescreen format
Running Time: Feature: Approx. 880 min
Enhanced Content: Approx. 57 min
DVD
Price: $39.99 SRP ($44.98 in Canada)
5 DVD-9s
Audio – English (5.1)
Subtitles – English SDH
BLU-RAY
Price: $44.98 SRP ($49.99 in Canada)
5-Discs (4 BD-50s + 1 BD-50 BONUS DISC)
Audio – DTS-HD Master Audio 5.1 – English
BD Subtitles – English SDH
About Warner Bros. Home Entertainment Inc.
Warner Bros. Home Entertainment (WBHE) brings together Warner Bros. Entertainment’s home video, digital distribution and interactive entertainment businesses in order to maximize current and next-generation distribution scenarios. An industry leader since its inception, WBHE oversees the global distribution of content through packaged goods (Blu-ray Disc™ and DVD) and digital media in the form of electronic sell-through and video-on-demand via cable, satellite, online and mobile channels, and is a significant developer and publisher for console and online video game titles worldwide. WBHE distributes its product through third party retail partners and licensees.
About DC
DC is one of the largest English-language publishers of comics and graphic novels in the world and home to some of the most iconic and recognizable characters ever created. As a creative unit of WarnerMedia, DC is charged with strategically integrating its stories and characters across film, television, consumer products, home entertainment, interactive games and the DC Universe subscription streaming service. For more information visit dccomics.com.
Facebook
Twitter
Pinterest
LinkedIn