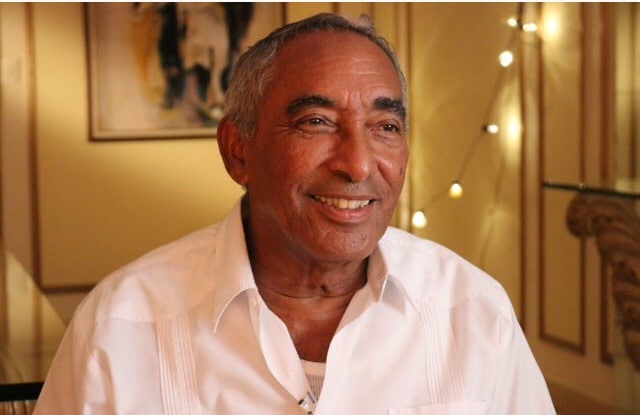 The race to get to space is long over, but buried in time is the revelatory story of the world’s first black astronauts. For many Americans, the 20th-century Space Race was a Cold War competition over rocketry and technological feats, but the world’s two superpowers were also engaged in another high-stakes race – one whose impact is still being felt today.

BLACK IN SPACE: BREAKING THE COLOR BARRIER examines the crucial moment when America’s history of racial prejudice became a critical vulnerability in the effort to win hearts and minds around the globe. Confronting a Soviet foe determined to show that communism was the face of the future, the U.S. would need a new generation of astronauts. BLACK IN SPACE: BREAKING THE COLOR BARRIER premieres Monday, February 24 at 8 p.m. ET/PT on Smithsonian Channel and will also be available to stream on Smithsonian Channel Plus beginning February 1.

BLACK IN SPACE: BREAKING THE COLOR BARRIER features the personal stories of several African American pioneers of the Space Race including Edward Dwight, a U.S. Air Force pilot and early NASA contender; Guion Bluford, the first African American to go to space; Frederick Gregory, the first African American to pilot and command a NASA mission; and Ronald McNair, who tragically perished in the Challenger disaster. The special also features a rare interview with the Soviet Union’s contender in the race, Cuban Air Force pilot Arnaldo Tamayo Méndez, who rose from a humble childhood as an orphan living in the shadow of Guantánamo to become a cosmonaut and national hero.

In the fall of 1957, America found itself rocked by two earth-shattering events: the USSR’s launch of Sputnik, the first satellite, and just a month earlier, the violent Little Rock Nine protests in Arkansas. The Soviet Union had just won two quick victories in the Cold War; with the battle for civil rights raging in the West, they exploited the unrest and racism in America with propaganda campaigns aimed at discrediting not only America’s failures at improving civil rights, but also its fledging efforts to diversify their space crews. A supposed land of diversity, opportunity and hope, the United States had yet to get a black man into the NASA program. President John F. Kennedy was determined to regroup on both fronts. Along with supercharging the space program, he ordered the Pentagon to find a black astronaut.

BLACK IN SPACE: BREAKING THE COLOR BARRIER reflects on the fraught and long journey it took to achieve diversity in the skies and recounts the civil rights movement’s reaction to the Space Race. The special also studies the lasting legacy of the world’s first black astronauts – men that led the way for more diversity and inclusion in future NASA classes and space programs around the world. “Our family had gone from slavery to space in four generations,” says Carl McNair, Ronald McNair’s brother. “And we thought that was something special.”

BLACK IN SPACE: BREAKING THE COLOR BARRIER is produced by Brook Lapping Productions, Ltd. for Smithsonian Networks in collaboration with the National Museum of African American History and Culture. It is directed by Emmy® winning filmmaker Laurens Grant, with Roy Ackerman as executive producer for Brook Lapping. Charles Poe and David Royle serve as executive producers for Smithsonian Channel.

Smithsonian Channel™, a ViacomCBS Inc. network, is where curiosity lives, inspiration strikes and wonders never cease. This is the place for awe-inspiring stories, powerful documentaries and amazing factual entertainment, available in HD and 4K Ultra HD across multiple platforms. Smithsonian Channel, winner of Emmy® and Peabody awards for its programming, is the home of popular genres such as air and space, travel, history, science, nature and pop culture. Among the network’s offerings are hit series including Aerial America, America in Color, America’s Hidden Stories, Apollo’s Moon Shot, The Pacific War in Color and Air Disasters, as well as critically-acclaimed specials that include The Green Book: Guide to Freedom, Black Hole Hunters and Princess Diana’s Wicked Stepmother. Smithsonian Networks also operates Smithsonian Channel Plus™, a subscription video streaming service delivering over a thousand hours of the Channel’s stunning and diverse library of documentaries and series in HD and 4K Ultra HD. Smithsonian Channel is also available internationally in Canada, Singapore, Latin America, the UK and Ireland. To learn more, go to smithsonianchannel.com, or connect with us on Facebook, Twitter, and Instagram.