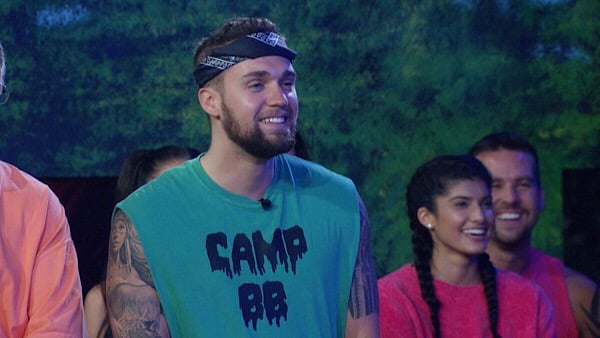 Tonight is yet another eviction night on CBS’s Big Brother. We have Cliff and Nicole on the block, a new alliance and a ton of anger and resentment from Nicole, who seems to be the biggest target. Who will be the next to go to Camp Comeback? We are about to find out.

We will actually see the CC competition tonight and witness the winner re-enter the game while everyone else leaves.

Nicole worries about her chances since her friends are either on the block or CC members.

Christie tells Nick and Isabella about her power.

It seems like this new alliance suddenly wants to save Nicole and get rid of Cliff. However,, it is hard to tell with how this house flip flops.

Eviction time! Cliff and Nicole both give their speeches as to why they should stay before the house votes.

Cliff is evicted in a 6-4 vote. However, he has a tiny chance to stay if he wins the CC completion.

The CC competition has them rolling balls on a balancing contraption. the one who is able to roll the most balls without dropping them wins.

Cliff wins and is back in the house! Kemi, Ovi and Kemi are sent home.

David is taking the loss especially hard, but all three of them are incredibly upset. They discuss some of the alliances and pairs in the house before Julie asks who they are rooting for.

The guys want Cliff to win and Kemi is rooting for Sam.