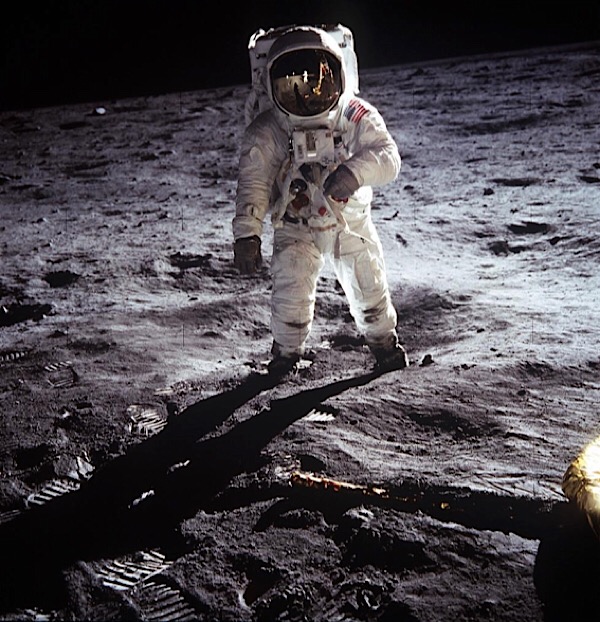 JULY PROGRAMMING CONTINUES TO CELEBRATE THE 50TH ANNIVERSARY OF THE MOON LANDING WITH THE DEBUT OF NEW DOCUMENTARY “THE DAY WE WALKED ON THE MOON,” AND ALL NEW EPISODES OF “APOLLO’S MOON SHOT”

In 1969, NASA must undertake one last mission before sending a crew to the moon: a dress rehearsal for the landing itself. After Apollo 10 overcomes some technical problems, NASA’s ready for the challenge. Four months later, Apollo 11 dazzles millions by bringing them along on one of humankind’s most epic journeys.

THE DAY WE WALKED ON THE MOON unfolds with a minute-by-minute description of those 24 hours when humanity first stepped on to the Moon – told by the people who witnessed it. Astronauts (including Michael Collins, the third member of the Apollo 11 mission), members of Mission Control (including Flight Director Gene Kranz, Capsule Communicator Charles Duke and Guidance Officer Steve Bales) and the children of Neil Armstrong and Buzz Aldrin reveal their personal stories behind the scenes of the iconic day. Pop culture notables like Queen guitarist and doctor of astrophysics Brian May and television personality and professor of physics Brian Cox describe where they were and what they felt during that “One Small Step.” It’s a story that ranges from the deeply personal to the grand and historic, an in-depth look at one of the most important 24-hour periods in history.

Apollo 11 astronaut Michael Collins remembers the jubilation of the moon landing. Apollo 12 is struck by lightning – twice – as its crew embarks on the second moon landing. An explosion on Apollo 13 puts the crew in a life or death situation.

MIGHTY TRAINS takes a ride on two magnificent journeys with New Zealand’s KiwiRail. The crown jewels of KiwiRail are its majestic passenger lines; the TranzAlpine, Coastal Pacific, and Northern Explorer: three scenic journeys at the top of every hardcore train enthusiast’s bucket list.

The age of Apollo comes to an end. In the final four moon landings, a grounded astronaut gets a second chance, NASA takes a car to the moon, and science takes center stage. Rare artifacts from the National Air and Space museum reveal one of man’s most remarkable adventures.

Following a $280 million restoration project, passengers can once again experience one of the most spectacular and dangerous rail journeys in the world. MIGHTY TRAINS goes aboard Ecuador’s flagship luxury train, across 9 climate zones and along a zig-zag railroad carved into a mountainside to visit the Devil’s Nose.

In the premiere episode, biologist Patrick Aryee meets the fastest, strongest and most unusual looking domestic dogs on the planet – and discovers how our ancestors bred these traits from the dog’s wild wolf relatives. From the Mongolian Steppes to the Arabian deserts, he discovers how we used dogs to protect us, catch us fast moving prey and even pull in our fishing nets. Combining super slow-motion photography – with stunning landscapes and adorable dogs – this is the story of how the domestic dog changed the course of human history by becoming man’s best friend.

Featured in this episode of MIGHTY TRAINS, Hector Rail’s powerful trains hauling timber for paper products giant SCA to their $1.2 billion pulp mill in Ostrand, Sweden. It’s one of their most challenging routes taking trains along some of the most difficult railways in the country before reaching its final destination.

We think of Jamestown as the story of John Smith and Pocahontas. But it’s much more. In the year 1619, Jamestown is the scene of critical events that rival 1776 in America’s founding story. The birth of democracy, the discovery of a viable cash crop and the dawn of America’s original sin, slavery, all take place in the first successful English colony. In time for the 400th anniversary of the first democratic assembly, a team of scientists is unraveling this long forgotten story and searching for the missing founding father who played a pivotal role in making it happen – a man most have never heard of: Sir George Yeardley.