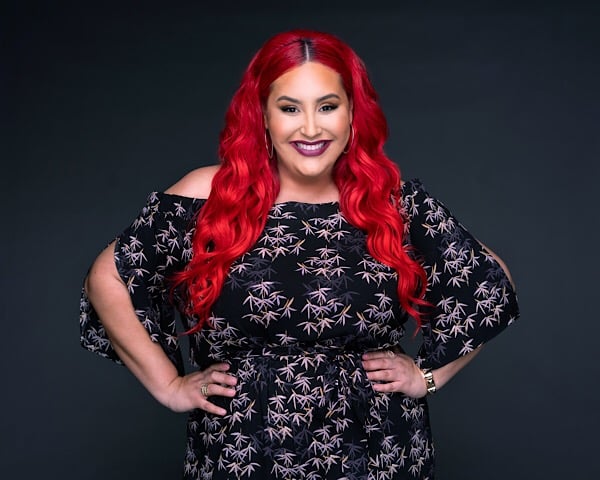 Masterchef Latino is a wonderful new addition to Telemundo. Here are some details from the network:

What Is MasterChef Latino?

MasterChef Latino is a culinary competition produced by Endemol Shine Boomdog, creators of MasterChef, the prestigious international brand that has become the number one cooking competition in the world that once again comes to U.S. Hispanic television on Telemundo. Hosted by renowned actress, TV host and influencer, Gaby Espino, alongside celebrity chefs Claudia Sandoval, Ennio Carota and Benito Molina, the new season will feature an innovative format that brings the culture, the food, the flavors and the seasonings of Latin American countries, where the best amateur/non-professional cooks from around the United States will do everything possible to become a culinary master and compete for a $100,000 cash prize and the coveted title of MasterChef Latino.

Who are the participants?

The participants are people all of us can identify with – they could be a member of our family, a neighbor or a coworker who is passionate about cooking, but has never worked as a chef. They are regular people of all ages and nationalities, but with a common passion for cooking, and the dream of becoming a professional chef.

How were they selected?

To find the participants, auditions were held in New York, Chicago, Miami, Houston, Los Angeles and Puerto Rico. To pick the finalists, 40 were selected to face off in a cooking test at the MasterChef Latino headquarters located at the state-of-the-art facilities at Telemundo Center in Miami. Their pass to the competition will be gained by facing battles in which they will need to use all their culinary skills to demonstrate to the judges that they are the best option. During the test, the judges will grant an apron to those candidates whose dish impressed them. Each judge will have five aprons to offer in order to complete their team. If two of the judges offer an apron to the same candidate, he or she will have the power to choose the team he or she wants to belong to. The three judges will select a total of 15 participants. Those who do not get an apron will be eliminated from the competition.

In the new season of MasterChef Latino, the judges join the action, since each one will form a team of five amateur chefs to become their captain and mentor. The competition gets much more interesting with three teams, fifteen dreams, a single winner and three judges willing to find a winner no matter what . Participants will face a series of culinary challenges, individual or by team, while enjoying their victories and experiencing the pain of their dramatic failures. Each participant will try to prepare the best dish, applying the techniques they learned, listening to their mentor’s advice and following their heart as they demonstrate why they deserve to win this prestigious culinary competition that will undoubtedly change their lives forever.

Who are the judges?

The three celebrity chefs from the first season return to this new version, including the beloved chef Claudia Sandoval, winner of the sixth season of MasterChef U.S. and the bestselling author of “Claudia’s Cocina: A Taste of Mexico”; veteran chef Ennio Carota, one of the most beloved exponents of Italian cuisine and winner of a prestigious Michelin star; and the distinguished chef Benito Molina, one of Mexico’s best chefs who has worked in top restaurants in Europe, Latin America and the United States.

How to learn more about MasterChef Latino 24/7?

Fans can find out more about MasterChef Latino through Telemundo.com and the official accounts on Instagram, Facebook and Twitter @MCLatinoTV, using #MCLatinoTV, where chef James Tahhan will bring all the inside scoop and exclusive behind-the-scenes access. Chef James, from Telemundo’s “Un Nuevo Día,” is one of the most distinguished and popular chefs in U.S. Hispanic television and is the author of “Cocina en Casa con Chef James.”