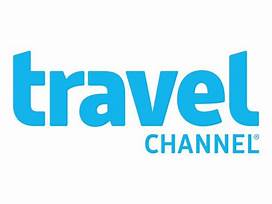 NEW YORK (November 20, 2018) – With an avid thirst for adventure and innate curiosity, wildlife biologist and explorer Pat Spain is leaving his lab to uncover answers to fascinating unsolved riddles, historic conundrums and mythic events in the new Travel Channel series “Legend Hunter.” Premiering Tuesday, January 8, 2019 at 10 p.m. ET/PT, the seven-episode series showcases Spain as he uses his scientific expertise and state-of-the-art technology to investigate infamous tales of murder, theft and unexplained events. He embarks on a hunt to recover a $20 million stolen Irish fortune, finds new evidence that could reveal the identity of Jack the Ripper and goes on a quest for a werewolf-like creature rumored to haunt the residents of Elkhorn, Wisconsin.
As the great nephew of Charles Fort – the “Prophet of the Unexplained” – Spain carries on the family legacy by questioning mainstream science and investigating things that science often writes off as impossible. Now, with “Legend Hunter,” he will considerunusual explanations of bizarre phenomena to crack open some of history’s most mind-boggling mysteries and crimes.
“As a scientist, I’ve spent my life investigating some of mankind’s greatest oddities, bizarre creatures and mythical beasts, tribal rituals and far flung places,” said Spain. “Now I get the chance to take on some of the world’s iconic mysteries. Who was Jack the Ripper? Who really killed Lizzie Borden’s parents? These are questions that have been burning in my mind since I was a child, and I’m going right to the source to try and find answers – with exclusive access to people, archives and crimes scenes. And we have some extraordinary results that I can’t wait to share with the world!”
In the series premiere, Spain reopens the infamous Lizzie Borden murder case to find out who really took an ax to her father and stepmother. He gains exclusive access to Lizzie’s home, belongings and previously sealed family documents. Spain starts his investigation from scratch, as though the crime happened yesterday. Then, using psychographic profiling and statistical theory, among other tools, he re-examines the original suspects. Spain reenacts what they supposedly were doing at the time of the murders, their ‘alibis’ and whether these accounts are actually plausible. Through his relentless digging, Spain unearths a surprising new suspect never before connected to the case!
Upcoming episodes include:
“Beast of Bray Road” – Premieres Tuesday, January 15 at 10 p.m. ET/PT
Pat Spain travels to Wisconsin to uncover the truth about a werewolf-like creature sighted more than 30 times on a rural road near Elkhorn, Wisconsin. He tracks down eyewitnesses and uses new technology to try to capture the animal on film.
“Jack the Ripper Revealed” – Premieres Tuesday, January 22 at 10 p.m. ET/PT
Pat Spain sets out to try to solve one of the greatest murder mysteries of all time – Jack the Ripper. His investigation uncovers evidence that links a new suspect to the murders.
“Stolen Crown Jewels” – Premieres Tuesday, January 29 at 10 p.m. ET/PT
Pat Spain searches for the Irish Crown Jewels stolen from Dublin Castle in 1907. He has three main suspects, and the investigation leads him to a former antiques shop in England where he believes the jewels may be hidden.
Check out “Legend Hunter” on TravelChannel.com for show extras including behind-the-scenes photos, videos and more. Follow @TravelChannel and #LegendHunter for more exclusive content and updates. Follow host Pat Spain on Twitter: @patrickspain and on Instagram: @patspain.
“Legend Hunter” is produced by Icon Films Ltd. for Travel Channel. For Icon Films, the executive producer is Stephen McQuillan. For Travel Channel, the executive producer is Daniel A. Schwartz, Jane Latman is general manager and Henry Schleiff is group president of Investigation Discovery, Travel Channel, American Heroes Channel and Destination America.
ABOUT PAT SPAIN
Pat Spain is a wildlife biologist, cryptozoologist, biotech expert, author and cancer survivor with a passion for adventure. As a cutting-edge scientist and explorer, he has traveled to some of the most remote locations on earth, looking for the truth behind amazing stories. For Spain, when it comes to the natural world, nothing is impossible. After all, he found the only barracuda to ever be caught in Maine when he was a 16-year-old marine bio intern! Spain is always seeking his next great adventure and the opportunity to add to his ever-growing list of “things that have bitten or stung him.”
ABOUT TRAVEL CHANNEL
For the bold, daring, and spontaneous; those adventurers who embrace the thrill of the unexpected; those risk-takers who aren’t afraid of a little mystery; if you’re up for anything, down for whatever, and above all, love great stories, journey on to Travel Channel. We’re more than you expect and everything you didn’t know you were looking for. Reaching more than 82 million U.S. cable homes, Travel Channel is the world’s leading travel media brand. Fans also can visit Travel Channel for more information or interact with other fans through Facebook, Twitter, Pinterest and Instagram. Travel Channel is owned by Discovery, Inc., a global leader in real life entertainment spanning 220 countries and territories, whose portfolio also includes Discovery Channel, HGTV, Food Network, TLC, Investigation Discovery, and OWN: Oprah Winfrey Network.
Facebook
Twitter
Pinterest
LinkedIn