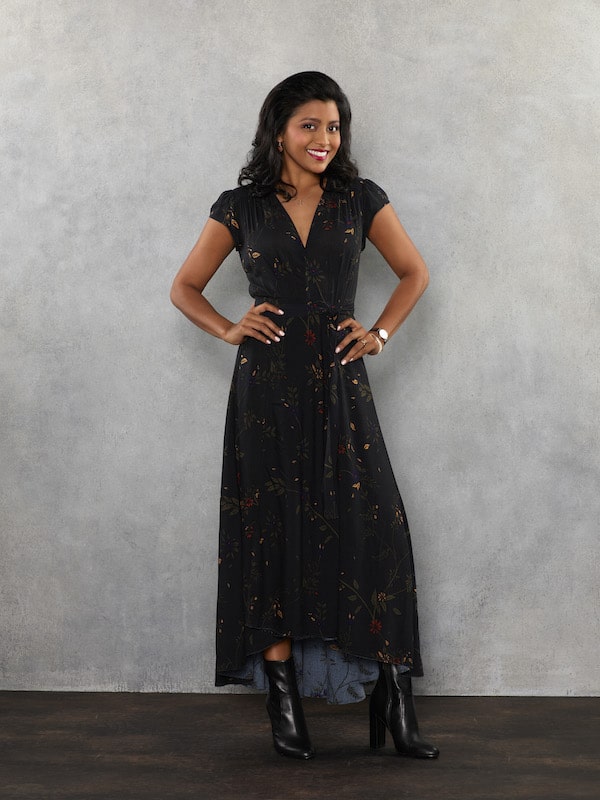 The actress recently spoke to TVGrapevine about her busy life in Hollywood.

What was your role on Alex, Inc?

I played Rooni Schuman, wife of Zach Braff’s character, Alex, and mother to their two kids. Rooni is a successful public defender and is basically the rock of the family. She’s grounded and practical which is a nice foil to Alex who is more of dreamer with his head in the clouds.

Well, I was already a big fan of Zach’s. I loved Garden State and Scrubs. So when I found out he was starring in, directing, and executive producing the show, I was immediately intrigued. But beyond that, I was so excited by the prospect of a multi-cultural family like the Schumans being portrayed on primetime network television! There is a definite shift happening in Hollywood at the moment with regard to minority representation and inclusion and I’m proud that our show is contributing to that change.

What is it like working with such an amazing cast?

I feel so lucky to get to work with such a talented cast and wonderful crew. Our showrunner, Matt Tarses, is just the loveliest human. He and Zach worked for years together on Scrubs and they share a very similar vision and sense of humor. I’m also a HUGE fan of Michael Imperioli so it’s surreal that I get to work with him! Also, I just think Hillary Anne Matthews is a gem. Everything she does on screen is comedy gold. Lastly, our kids, Elisha Hennig and Audyssie James, are so gifted. They are both serious scene stealers!

You do voice work as well. How is it different from acting on camera?

Voice acting definitely requires a different skill-set than on-camera acting. You’re relegated to conveying all the nuances of your character and their circumstances through just your voice. You can’t rely on facial expressions or body language. It definitely took some time for me to get the hang of it, at first! But man, I’m so happy to get the opportunity to do both. I enjoy each so much. It’s kind of like exercising different muscles.

The animated series I’ve worked on the last several years, Star Wars Rebels, just ended after four seasons. But I still voice my character, Sabine Wren, on another Disney/LucasFilm show called Forces of Destiny. I also voice a character, Kate Flores, on a DreamWorks show called Spirit: Riding Free which is available to stream on Netflix. Finally, I recur on a show called The Good Place on NBC. At the end of the last season, my character Vicky is suspended in a slime cocoon, of sorts, so we will have to wait and see if she manages to extract herself from that and make an appearance in Season 3 which premieres in the fall!

Lately, I have been super into Lost in Space, Barry, and Silicon Valley. Next up for me will be The Handmaid’s Tale and Atlanta, both of which I’ve been meaning to check out for months!