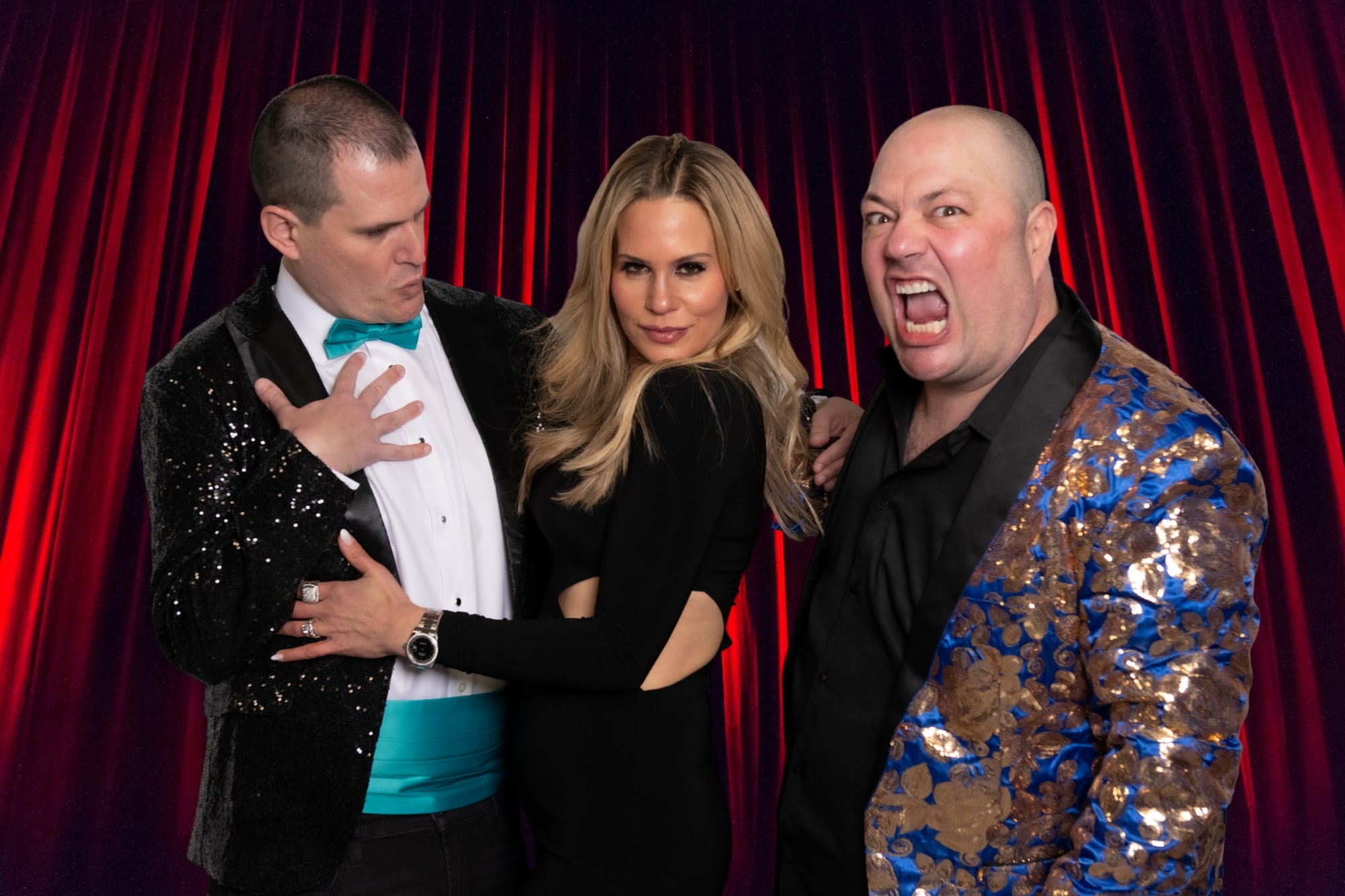 Golden Crappies 2022: All The Winners

LOS ANGELES – January 31, 2022 – Watch What Crappens, the wickedly funny podcast that lampoons the weekly happenings and delicious drama of Bravolebrities, has announced the winners (and losers) of the 10th annual Golden Crappies, which also was the kickoff to their live national 10th Anniversary Hunky Dory Tour. This coveted award, originated by the hit podcast Watch What Crappens, and voted on by thousands of their 4.7 million fans, recognizes the good, the bad, and the really bad from your favorite Bravo shows. With nearly 20K votes cast, the fans have spoken!

Podcasters Ben Mandelker and Ronnie Karam held the annual ceremony live from Town Hall in New York City on January 27. Over 1,500 people attended the star-studded show in person, and another several thousand via livestream. Dorinda Medley from RHONY, Luke Gulbranson of Summer House, and Jackie Goldschneider of RHONJ made special appearances at the rollicking show, which also poked fun at awards shows in general.

The Celebs Were Shining As Bright As Times Square
Joining Medley, Gulbranson, and Goldschneider at the Crappies were celebs from the Who’s Who of Reality TV and podcasting: worlds, including Heather Gay, RHOSLC; Taylor Strecker, host, The Taylor Strecker Show; Matt Marr and Jake Anthony, hosts, Reality Gays podcast; Katie Cazorla, comedian; Walter Afanasieff, Grammy Award-winning music composer; and Dave Quinn, People magazine digital editor and author of the #1 bestseller “Not All Diamonds and Rosé.”

“The night was so spectacular — definitely the biggest and most dazzling show we’ve ever done,” said Mandelker. “It was a spectacular way to kick off our tour. The energy was palpable. We were truly honored to have Dorinda kick off the tour with a toast of her Bluestone Manor bourbon, and we were equally thrilled that Jackie Goldschneider, Luke Gulbranson, and Heather Gay (via video) joined us too,” he continued. “Plus, how cool was it to have Walter Afanasieff play his song “Hero” for the show?! We’ll never forget the 2022 Golden Crappies!”

Karam added: “RHOSLC was really the underdog here and I was happy that they got so many votes. It may not have the highest ratings out of all of the nominations, but it definitely has the most engagement with viewers.” He said he loved spending time with East Coast Bravolebrities. “Dorinda is just as fiery in real life as she on TV, and even more charming!” Karam said. “The gorgeous Jackie Goldschnieder has such a great sense of humor and had fun mixing it up with us on stage. And Luke Gulbranson, Wow!!!. He’s so … LUKE. He’s as sweet as his new R_Co scented candles.”

About Watch What Crappens
Watch What Crappens started as a lark sometime in 2012 by Ben Mandelker and Ronnie Karam, two colleagues who just happened to like talking about shows they watched the night before. So did lots of others, and their audiences grew and grew. They decided to give live theater a go in 2017. The duo was featured at the Just For Laughs Festival in Montreal and SXSW in Austin, TX. Bustle called Watch What Crappens “dependably fantastic”; The Huffington Post declared Crappens the “go to podcast for all things Bravo”; and Buzzfeed ranked the show on its list of “22 Fantastic Podcasts to Make Your Commute Less Shitty.” Watch What Crappens is available on iTunes, Google Play, Soundcloud, iHeartRadio, Stitcher, Spotify, and anywhere else where podcasts are found. The podcast airs five times a week with nearly 5 million monthly listeners.