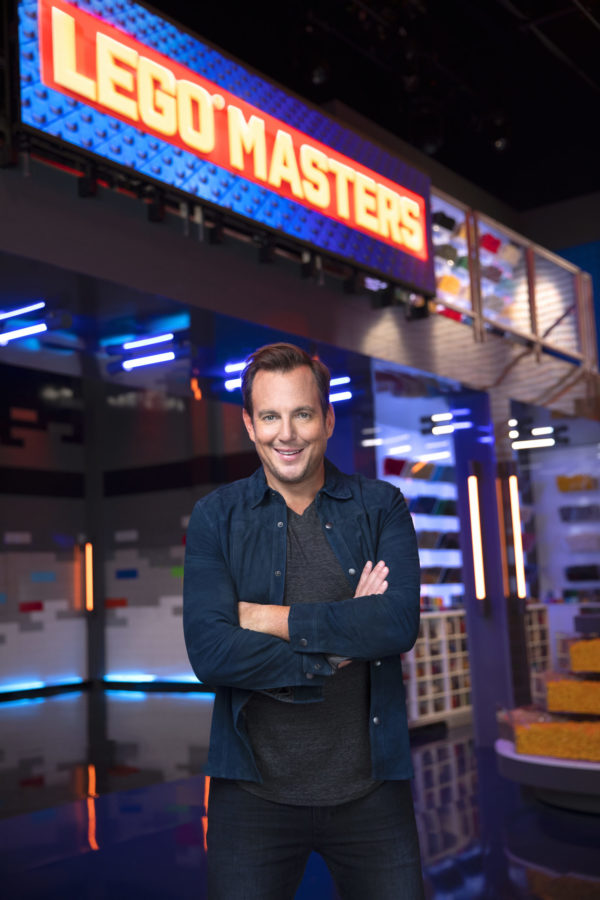 Hit competition series LEGO® MASTERS has been renewed for a third season, it was announced today by Rob Wade, President, Alternative Entertainment & Specials, FOX Entertainment. Season Three of LEGO MASTERS will premiere in 2022 on FOX and Will Arnett will return as host and executive producer.

“LEGO MASTERS is more than just a fun, family-friendly show, it builds bridges between the generations,” said Wade. “Thanks to our amazing host, Will Arnett; our immensely talented production crew; and our partners at Endemol Shine North America, the love of the LEGO brand keeps growing. Last summer’s creations were even more spectacular than those in our debut season, and we will continue to raise the bar of creativity with Season Three.”

Based on the hit British reality-competition series of the same name, LEGO MASTERS brings imagination, design and creativity to life when teams of LEGO enthusiasts go head-to-head, with infinite possibilities and an unlimited supply of LEGO bricks. Teams of two compete against each other in ambitious brick-building challenges to be crowned the country’s most talented amateur LEGO builders. In each episode, the competing pairs who impress the judges the most progress to the next round, until the finale, during which the top teams will face off for a cash prize, the ultimate LEGO trophy and the grand title of LEGO MASTERS.

Season Three will feature even more talented contestants and even crazier LEGO challenges than before, producing LEGO builds that take it to the next level. Last season, the LEGO MASTERS trophy was awarded to brothers Mark and Steven Erickson of Atlanta, GA, in an incredibly competitive season finale episode this past September.

Season Two of LEGO MASTERS was Summer 2021’s #1 (tie) broadcast entertainment program in Teens, and among the Top 10 in A18-49 and A18-34. It also was the #1 most Co-Viewed Broadcast Entertainment Program of the Summer. The series averaged 4.2 Mil total Multiplatform viewers, doubling its Live + Same Day audience (+171% vs. 1.5 Mil L+SD P2+), and was FOX’s #2 most streamed reality show of the summer, averaging 1.4M viewers an episode across Hulu and FOX NOW.