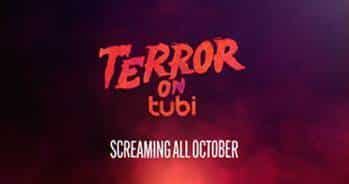 Tubi, FOX Entertainment’s free streaming service, announced “Terror on Tubi,” it’s scary good streaming Halloween celebration, which kicks off this October. All month long, Tubi will offer thousands of hours of scares from streaming’s biggest free Halloween movie collection, with more than 5,000 horror and paranormal titles from which to choose. As part of “Terror on Tubi,” the streaming service is premiering four Tubi Originals: MEET, MARRY, MURDER; HARLAND MANOR; and the FOX Alternative Entertainment-produced FAMOUSLY HAUNTED: AMITYVILLE and CELEBRITY EXORCISM; as well as a plethora of haunting and heart-pounding films for horror and paranormal enthusiasts.

As previously announced, Tubi is kicking off its original programming this fall and will debut 140+ hours of all-new content, including original programming from FOX Alternative Entertainment (FAE). Throughout October, Tubi will feature an array of frightening content, ranging from paranormal series to horror films and true crime series, including MEET, MARRY, MURDER, hosted by Michelle Trachtenberg (October 6), FAMOUSLY HAUNTED: AMITYVILLE (October 15), CELEBRITY EXORCISM (October 22) and horror film HARLAND MANOR (October 29). All of the “Terror on Tubi” offerings are available for free on the platform.

“We’re thrilled to be premiering our first FAE Tubi original titles on the platform with the inaugural ‘Terror on Tubi’ celebration,” said Rob Wade, FOX Entertainment’s President of Alternative Entertainment and Specials. “We look forward to continuing to bring original content that not only draws in new audiences with the bold programming that has long been synonymous with FOX, but that also reflects the genres and entertainment Tubi’s streaming audiences love most.”

Tubi has more than 35,000 movies and television series from more than 250 content partners, including every major studio, in addition to the largest live local and national news channels. The platform gives fans of entertainment, news and sports an easy way to discover new content that is available completely free.

Headquartered in San Francisco, Tubi (www.tubi.tv), a division of FOX Entertainment, is an ad-supported video on demand (AVOD) service with movies and television shows from nearly every major Hollywood studio. Tubi gives fans of films and television programs an easy way to discover new content that is available completely free. The service is currently available in the U.S., Canada, Australia and Mexico.