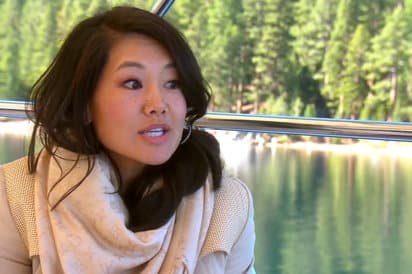 The Real Housewives of Beverly Hills Recap for Overexposed

Tonight’s episode of Bravo’s The Real Housewives of Beverly Hills opens with the women waking up and enjoying coffee and breakfast. They all seem to be worried about Sutton and her unraveling behavior.

(She seems to be the target this season. I wonder why…I thought for sure it would be Rinna)

They have plans to go on a boat in the afternoon, but decide to separate in the morning. Crystal and Garcelle decide to go out and explore the town, Erika and Kyle decide to use the Jacuzzi, while Lisa wants to do yoga.

(I am with Crystal and Garcelle, why stay around the house when there is a new town to explore?)

However, before all that, Lisa and Kyle talk to Sutton about the fiasco the night before. Sutton explains how she was called names and that is why she was so upset. Lisa tells her not to let it bother her, but Sutton is still not happy.

(Really though, she felt left out and called names. I would feel sad too!)

Lisa goes to yoga, while Kyle stays with Sutton. The two of them continue to talk, but nothing seems to be resolved.

Garcelle and Crystal get coffee and discuss Sutton. Crystal tells Garcelle about their discussion regarding race and how it led to a fight. Garcelle agrees with Crystal’s point of view on the issue and is surprised by Sutton’s attitude.

(I was shocked too, Garcelle.)

When they all meet up on the boat later that day, they recall the good, bad and ugly times they have had on boats in the past. Cue the flashbacks!

(I forgot about the boat fiasco with Brandi. As an aside, do any of these women get paid when they are shown in flashbacks?)

Sutton is in a mood, so she and Crystal talk things out privately. She tells her how her feelings were hurt the night before, but Crystal says she was trying to include her.

However, Sutton tells her that being called ridiculous hurt her feelings…and she hates how she is being laughed at and called names now.

(If my friend was in a mood, I would not dismiss her feelings….just saying. I was on your side, Crystal, but this was not cool.)

They continue to go back and forth until Sutton breaks down, saying all the changes with moving really took a toll on her. She apologizes, but Crystal doesn’t think it is an excuse to act out. However, she is willing to move forward.

(OK, Crystal is right. Sutton had no right to be rude, even though it is understandable that she was upset.)

When they get back, they are surprised with sweets baked by their personal chef. As they enjoy their homemade goodies, they all decide to do their own thing until dinner.

(Those desserts looked amazing. I wish I could come home to a table filled with baked goods…and wine….and, well any kind of delicious food, really.)

Dorit and Kyle play games, which leads to them reminiscing about Dorit’s competitive nature.

(Dorit may be competitive, but she seems like a blast to hang out with!)

As they wait for dinner to be served, they discuss plastic surgery, which kind of makes things uncomfortable. However, they are saved by the food being ready.

(Who does a survey like that about plastic surgery? Also, was this the first time we saw Kathy the entire episode? I feel like she just randomly showed up during this trip.)

Crystal doesn’t join them for dinner, leading to everyone wondering what is going on.

(Maybe she was tired? Not feeling well?)

Sutton apologizes to everyone and they all decide to let everything go for the time being.

(Let it go….let it goooooo…..at least for the next five minutes while we eat….)

Lisa then talks about how the last year has been for her and tells a story about her husband went out with a friend years ago and the friend ended up raping a woman. She goes on to say that Harry refused to visit him in jail, even though all their friends went.

(And what does that have to do with the price of oranges in Cambodia? That has nothing to do with anything!)

She compares this to the Denise debacle and how she went about things the wrong way….but keeps flip flopping on the issue.

(Okay, so that story was an example so you can try and make excuses and then say you were wrong? Got it….but still stupid.)

Garcelle calls her out on it and says she could have just said nothing.

(I love how she calls everyone out on their BS.)

Later on, Lisa is in the pool while everyone else plays games. She screams for everyone to go into the pool, but Sutton is the only one who decides to join her. They put on a show for everyone and then go to bed.

(This was…..something else all right. Especially when Rinna compared herself to that actress.)

Crystal comes out and talks to Kyle about how Sutton has been treating her, particularly the night before when she walked in on her changing and in a fetal position.

(Did Sutton walk in before Crystal said she could come in? Who does that?)

The next day, they all get ready to leave. As they eat breakfast that morning, Crystal and Sutton go to talk privately. They seem to make up, but it still seems tense.

(I give it until next episode and they will be fighting again.)

Four days later, during the election, Erika texts everyone to say she is filed for divorce. Cue the women calling each other to gossip and figure out why.

(Shouldn’t someone check on Erika to make sure she is okay?)