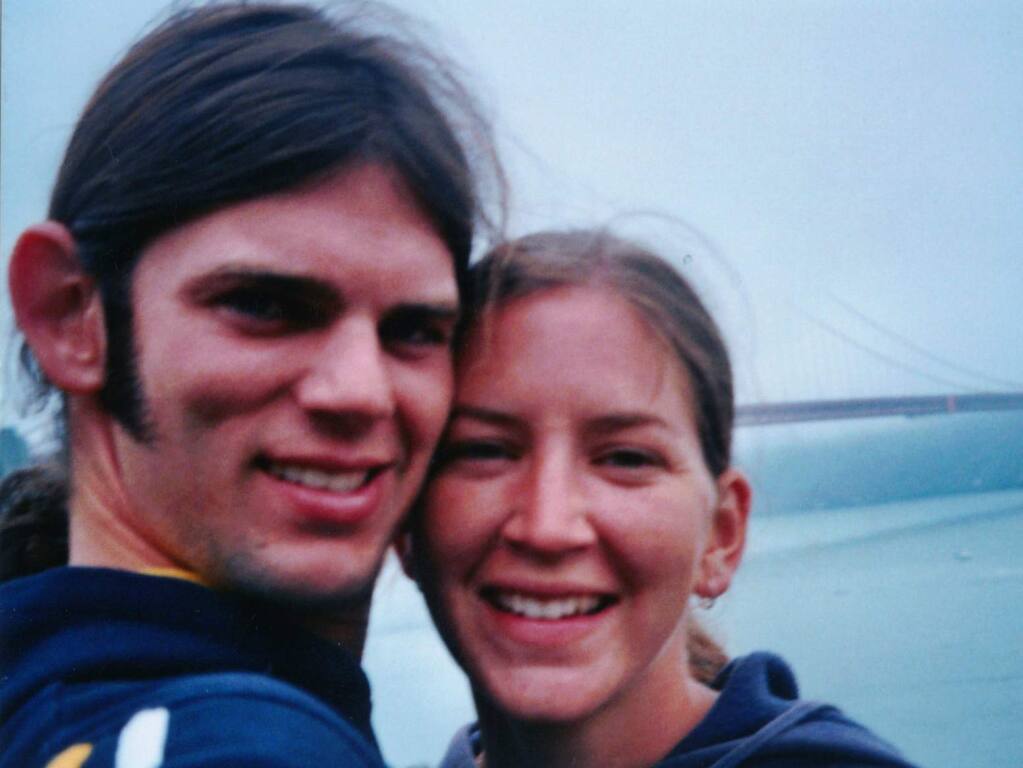 The episode opens with Staff reporter KC Baker talking about the Cutshall family of Fresno, Ohio. Carrie and Lindsay were the daughters of Kathy and her husband Chris.

Kathy describes Lindsay as beautiful and loving, but also quiet and shy. Chris describes her as a very devout Christian who decided to follow her sister’s footsteps and go to Appalachian Bible College.

She had trouble with the conservative nature of the college at first, but soon found a group of people who were into the same kind of outdoor activities that she liked.

Her friend Erik Allen said she fit right into their group and was up for anything. This is how she met Jason Allen. He was a bit of a rebel, but he had a good heart, leading to him and Lindsay eventually falling in love.

The two planned on getting married in the fall of 2004. They were pretty chill about the wedding, with Lindsay’s only request being that there would be no veggie trays. Her mom said she was never a crazy bridezilla and pretty much left the planning up to her.

The summer before the wedding, Jason and Lindsay went to work and relax at a Christian adventure camp called Rock-N-Water. They wanted a break from the wedding planning and thought this would be the best place to enjoy themselves.

Aaron Daly, the camp director and friend of the couple, talked about how they loved the outdoors and the Lord, so they were a good fit for the program they were training for.

The couple decided that one weekend they would go on a secret getaway without telling anyone. Nobody would ever see them again.

The camp realized they were gone and went to go look for them. At first, it was thought that Jason and Lindsay got lost rafting, but once it was realized that this was not the case, the couple was reported missing and their parents were contacted. Kathy said that she knew immediately that something was wrong.

Tim Duke, who was the lead investigator on this case, recalls the information he got when the case initially began, while Kathy worked on getting their names out there.

Less than a week later, their car was discovered, as well as their bodies in sleeping bags. Gunshot wounds determined that this was a homicide. They also investigated the makeshift hut and beach where they were found, but could not find any evidence of the bullet or anyone else being there.

Dan Wakeford continues to discuss the scene, while Lindsay’s parents and Aaron recall finding out about the murders.

The investigation at the beach continued. Tim and Jeff Toney recall how difficult it was to find evidence, let alone a suspect. All they have is what is believed to be a camera belonging to Jason and Lindsay and a bottle of beer that they found to be an unusual brand. They decide to develop the film and test the bottle for DNA.

The investigation continued and brought them to Driftwood Inn, where campers would often leave notes. They find ones written by Jason and Lindsay before they died, talking about their happiness. They also find some unusual devil drawings and wonder if it is connected to the case.

THE EVIDENCE AND A SUSPECT:

As they take the bodies to the coroner’s office, they end up making a shocking discovery…James Zook, a man who was wanted for a separate murder. They wonder if the murders are connected, especially since the same brand of beer was found at both scenes. They look at surveillance tapes from both stores that carried the beer, but didn’t find James. While being questioned for both murders, James was able to provide an alibi for the day Jason and Lindsay were murdered, thus eliminating him as a suspect.

The film from the camera was also developed, leading to investigators to create a timeline of their travel and deaths.

However, they are able to get new evidence during the autopsy. They find a bullet fragment in Jason’s head and determine that the gun used in the murders was a .45-70 Marlin rifle. This information is released to the public in hopes of getting a viable lead.

While all this is happening, a memorial service is held for Lindsay, while her parents hold on to their faith despite the tragedy.

The investigators go to investigate the car, when they are approached by a man in camo. He has a stolen rifle matching the one used in the murders. This leads to him getting arrested and being identified as Shaun Gallon. He was arrested for the stolen guns and was questioned once he was bailed out.

Shaun initially cooperated, but shut down once he was questioned about the murders. They had no choice but to let him go.

People eventually came forward about seeing someone unusual during the time of the murders, leading to a sketch being released to the public. Enter suspect three: Nicholas Scarseth. He had previously been arrested for crimes such as shoplifting and had a reputation for starting fights with people who were religious. The investigators go to question him, but are able to rule him out as well.

As time goes on, they get frustrated due to lack of evidence. This leads to them looking for similar cases and the discovery of an almost identical murder years before. The suspect in that case, Joseph Burgess, was never found.

They begin to investigate Joseph, who was known to be a transient with connections to the California area. The investigators begin to search for him and find him in New Mexico, where he was known as the Cookie Bandit that would steal food from houses and leave. The cops who find him get into a shootout with him, leading to an officer and Cookie Bandit (later determined to officially be Joseph) losing their lives.

Joseph was still considered to be a suspect, but was later on eliminated, thanks to journals he kept logging his activity.

Thirteen years later, Shaun Gallon is back on their radar due to him murdering his brother. He had also been involved in other crimes and was put in jail. While there, he said he wanted to confess to the murders. Shaun said he began to hear voices to kill the people on the beach who owned the red car. He got into specific, graphic detail, sharing information only the killer would know, including the location of the soda can that contained the bullet casings. He also revealed that he had his father get rid of the gun at the time of the initial arrest.

Shaun is given three consecutive life sentences for the three murders he committed without the possibility of parole. Kathy says she tried to get him to see Lindsay’s wedding dress to show him how he killed a young girl about to be married, but it had no impact.

Chris and Kathy share their feelings and memories about Jason and Lindsay as the episode comes to a close.