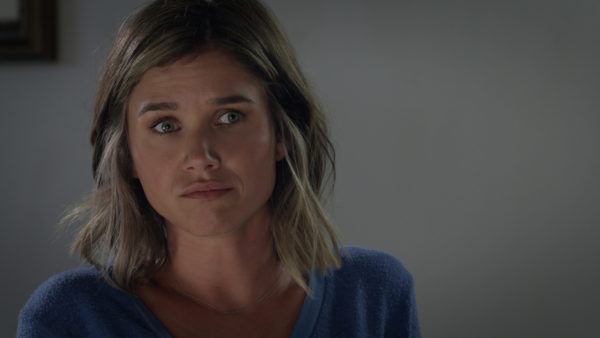 What to Watch: The Wrong Mr. Right

Need something to watch Friday? Check out The Wrong Mr. Right on LMN! More details below.

‘The Wrong Mr. Right‘ centers around Jessica (Anna Marie Dobbins, The Pom Pom Murders) moves back home after college and is surprised to find her mother Tracy’s (Krista Allen, The Wrong Stepfather) new boyfriend Paul (Rib Hillis, The Wrong Cheerleader Coach), is moving in as well. While working at a restaurant owned by her mother’s best friend Sandra (Vivica A. Fox, Empire), Jessica observes Paul fighting with another woman and enlists the help of Sandra and Hal (Eric Roberts, Stalked By My Doctor) who suspect something very strange. When Jessica discovers Paul is not who he seems, she sets out to prove he is the wrong Mr. Right.

Hybrid was founded in 2008 by independent produces Barry Barnholtz and Jeffrey Schenck. Since its conception in early 2008, Hybrid has produced over 100+ films and is known for many suspenseful thrillers, such as “Summoned” (starring Cuba Gooding Jr. and Ashley Scott), “Sniper: Special Ops” (starring Steven Segal), and “Abandoned” (starring, Brittany Murphey). Many of their movies are seen on Lifetime, Netflix, Hallmark, OWN, Ion and Syfy.

Tags: lmn movies The Wrong Mr Right what to watch