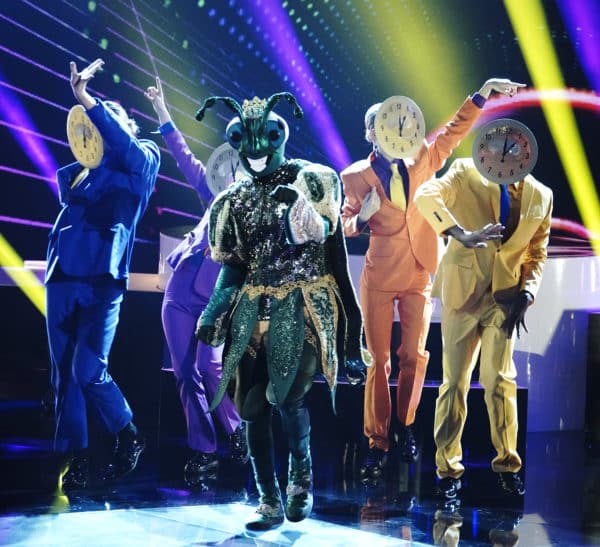 The Masked Dancer Recap for 1/20/21: Group A Performs Again

Exotic Bird talks about getting sick before the biggest opportunity of her life. Other clues include her mom, pie and how her hips don’t lie. The word clue is ‘number one.’

The dance is hot, flirty and filled with a lot of confidence and sass. I can’t really put my finger on who she is, but I am getting some J.Lo vibes.

The judges love her dancing and attitude, leading to Paula and Dr. Ken debating on whether or not it is Janet Jackson. Other guesses include Jordin Sparks, Kate Hudson and Megan Thee Stallion.

Cricket’s clues include talks about getting his start in the nineties, Olympic medals, being different and taking chances. There is also a super phone, starting over and stars. His word clue is All Star.

The dance has a lot of decent moves, making me think that he has some sort of dance experience. The stars make me wonder if he was on Dancing With The Stars as one of the Olympic contestants. Could it be Apolo Anton Ohno or Ryan Lotche? Although Apolo is not married and he mentioned a wife.

The judges compliment the way he performs, but wonder whether or not he has dance experience. Their guesses include Brian McKnight, Michael Phelps and Ryan Lotche.

The Hammerhead wants to show he has layers and says he felt as if he was locked in a cage. He also mentions one shot, introducing himself, a different side of his heart and giving up his dream of being a lawyer. We also see a wedding cake, a microphone and one direction. The word clue is heart-breaker.

The dance is cute and makes me think of a combination of hip hop and a workout video. My guess is still Richard Simmons based on the athleticism. However, the heart breaker clue makes me think of Bob Harper, who had a heart attack a few years back.

The judges are blown away by his dancing, energy and personality. They guess Ryan Seacrest, Joe Rogan and The Situation.

The dance has a contemporary/rumba feel to it and it incredibly beautiful. I am in awe of her, but cannot even begin to guess who she could be as of now.

The judges love her dance and think she could have been trained in dancing. Their guesses include Kristen Bell, Charli D’Amelio and Simone Biles.

The final clues are that he was in the business a long time, won awards, not known for many things and has children.

Join us next week for the Super Six!