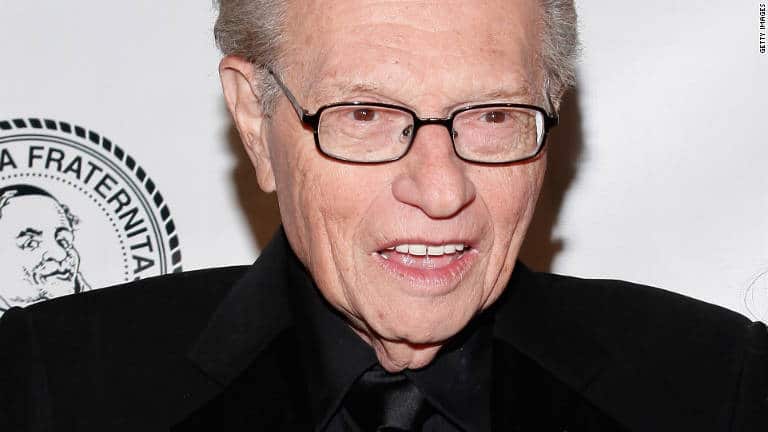 Sad news for the celebrity world today. Legendary journalist Larry King, who was a fixture on CNN for over 25 years, has died. He was 87 years old.

The Larry King Live alum, who retired in 2010, had interviewed every president since Gerald Ford had been in office, as well as thousands of celebrities. He was known for listening intently to his guests, telling others that he “rarely learned anything while talking.”

His son Chance confirmed his death, which was also posted on his social media page.

“With profound sadness, Ora Media announces the death of our co-founder, host and friend Larry King, who passed away this morning at age 87 at Cedars-Sinai Medical Center in Los Angeles. For 63 years and across the platforms of radio, television and digital media, Larry’s many thousands of interviews, awards, and global acclaim stand as a testament to his unique and lasting talent as a broadcaster.” a statement released to the media read.

Although Larry had suffered through many health problems throughout the years, including cardiac issues, bypass surgery and lung cancer, his cause of death was not revealed. He was also hospitalized last month due to his COVID-19 diagnosis.

In addition to his broadcasting work, Larry started the Larry King Cardiac Foundation, which provides assistance to those without insurance.

He is survived by three sons and predeceased by a son and daughter. TVGrapevine sends their condolences to his loved ones at this time, remembering him not only for his career, but as an inspiration.