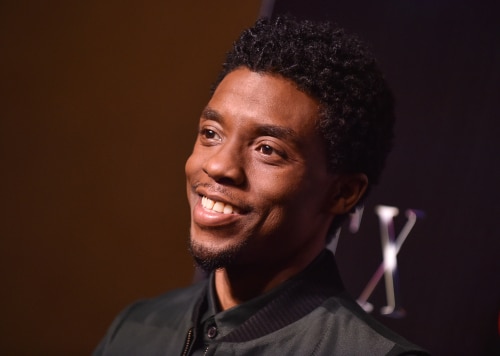 Today would have been actor Chadwick Boseman’s 44th birthday. The Black Panther alum died earlier this year after a battle with colon cancer. To honor the late actor, we have a list of his top five movies from nationaltoday.com.

This Spike Lee war film follows a group of Vietnam War veterans as they return back to Asia hoping to find the remains of their fallen squad leader. Spike Lee said after Boseman’s death that he had no idea the actor was sick during filming and that he never complained once, despite them filming in 100 degrees heat every day.

Boseman plays the lead in this biographical legal drama about Thurgood Marshall, the first-ever African American Supreme Court Justice. He was widely praised for his performance and the film went on to pick up an Oscar nomination for Best Original Song.

Often cited as the film that elevated Boseman’s career, 42 sees Boseman playing baseball legend Jackie Robinson. It was released in 2013 to great commercial success, bringing in almost $100 million at the box office.

It was after seeing Boseman in this that the Marvel President sought him out for Black Panther. Boseman has big boots to fill in Get On Up, playing the legendary singer James Brown and he was widely applauded for his performance.

Boseman’s first movie role from way back in 2008 covers is all about Ernie Davis, the first black football player to win the Heisman Trophy. Boseman plays Floyd Little, a running back who is on the same team as Davis.