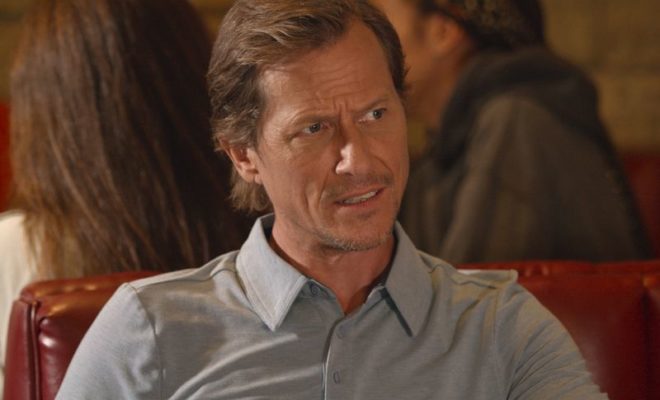 Corin Nemec is an incredible actor who has talent, good looks and sweet personality all in one tall, six foot package. He has done everything from comedy to drama, showing a great range of acting that leaves his audiences wanting more.

Now the Beverly Hills, 90210 alum can be seen in the new Lifetime movie The Wrong Cheerleader Coach, which premieres this weekend. In the movie, he plays a single dad who becomes the object of obsession for his daughter’s cheerleading coach.It ends up becoming a dangerous, scary situation that tells a story the way only Lifetime can achieve.

In a recent interview with TVGrapevine, Corin revealed that this was quite an interesting role for him to take on. Without giving too much away, he said that his character Jon comes across as discombobulated, especially since he is dealing with a lot of heavy stuff in his life. When the cheerleading coach takes an interest in him, it only sprials things further out of control. In fact, he has no idea what is happening until it is almost too late!

However, despite the craziness, he is also a very relatable guy, which is something he wanted to add to the character. He credits the director David DeCoteau for allowing him to make the character his own and to change Jon into something that was not initially intended.

The movie also served as a reunion of sorts for Corin. He got to work with the legendary Vivica A. Fox, who he worked with in several other projects, including The Wrong Stepfather and The Christmas Cruise. He was thrilled to get the chance to work with her again and has nothing but lovely things to say about her.

Corin is the perfect combination of talented actor and down to earth man. There is nothing but good things in his future and TVGrapevine looks forward to seeing what he does next. Stay tuned!