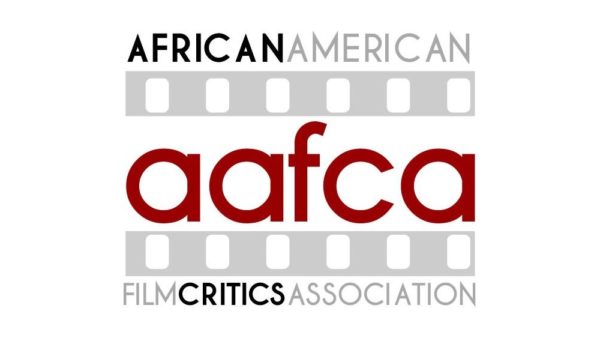 August 22nd, 2020 – The African American Film Critics Association (AAFCA) handed out 11 awards, two honorary awards, and the inaugural AAFCA ADCOLOR Breakout Creative of the Year award today to celebrate the excellence, innovation and diversity in television this year. In addition to celebrity presenters such as Octavia Spencer, Rashida Jones and William Jackson Harper, the virtual awards ceremony also celebrated the extraordinary work of our first responders, government leaders, firefighters, reporters, and others from around the country by featuring these local heroes as presenters during the event. A portion of the proceeds from the event were donated to the National Association of Black Journalists’ Covid-19 Relief Fund. The event, hosted by actress/comedian Aida Rodriguez, was sponsored by Morgan Stanley.

Best Young Adult Series: “Never Have I Ever” (Netflix)
Co-Creators and Executive Producers Mindy Kaling and Lang Fisher were joined by series star, Maitreyi Ramakrishnan to accept the award, presented to them by young actor Niles Fitch (“This is Us”) and Cherelle Barsdale, a frontline Nurse from the University of Michigan Medical Center.

AAFCA ADCOLOR Breakout Creative of the Year: Janet Mock, “Pose” & “Hollywood” (Netflix)
Awarded to a creative of color whose career, in its early stages, demonstrates a vision and commitment to diverse and inclusive stories that reset and disrupt the industry across multiple platforms. Presented to writer/director/producer, Janet Mock by “Pose” stars MJ Rodriquez, Hallie Sahar, and Indya Moore.

Best Docuseries: “Atlanta’s Missing and Murdered: The Lost Children” (HBO) and “The Last Dance” (ESPN Films/Netflix)
The Executive Producers of “Atlanta’s Missing and Murdered: The Lost Children,” John Legend, Mike Jackson, Ty Stiklorius, Maro Chermayeff, and Sam Pollard accepted the award, presented to them by “P-Valley” stars Brandee Evans and Nicco Annan and Chicago Fire Lieutenant Quentin Curtis who is also the founder and president of the Black Fire Brigade. “The Last Dance” team was unable to attend and AAFCA accepted the honor on their behalf.

Best Male Performance: Sterling K. Brown “This is Us” (NBC)
This marks the second year in a row that Sterling K. Brown, the Emmy® winning star of “This is Us” has won the Best Actor award at the AAFCA TV Honors. Brown is currently nominated for two Emmys® – Best Actor in a Drama Series for “This is Us” and Best Supporting Actor in a Comedy Series for “The Marvelous Mrs. Maisel,”- making Emmy history as the first Black lead/supporting actor to be nominated in both drama and comedy categories. Actress Sheryl Lee Ralph (“Ray Donovan”) and Dr. Ala Stanford of Stanford Pediatric Surgery, who founded the Black Doctors COVID-19 Consortium in Philadelphia, PA., presented the award.

Best TV Drama: “For Life” (ABC)
Creator Hank Steinberg and series star Nicholas Pinnock accepted the honor, presented by “Queen Sugar” stars Tina Lifford and Omar J. Dorsey and WeDat’s Chicken and Shrimp Restaurant Founder and Owner Greg Tillery of New Orleans, who has been on the front lines of Covid-19 donating food to frontline workers and others in need.

Best Actress: Viola Davis, “How to Get Away with Murder” (ABC)
Viola Davis was presented the award by fellow Oscar® winner Octavia Spencer and Mayor of Montgomery, AL Steven Reed.

TV Icon Award: Kenya Barris
Kenya Barris, creator of ABC’s “Black-ish” and “#blackAF” on Netflix, accepted this honor which recognizes a veteran of television who has forged a path in greatness and demonstrates a commitment to telling diverse stories. The honor was presented by Rashida Jones.