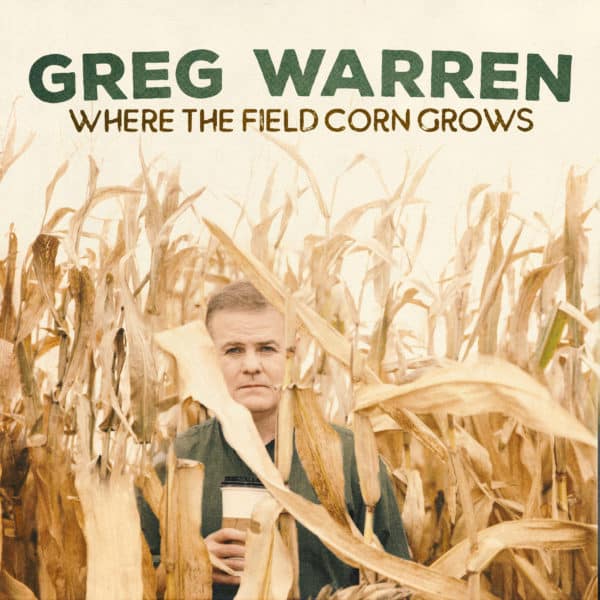 0
Read Time:3 Minute, 52 Second
TVGrapevine recently got the opportunity to chat with Greg Warren. Here are some of the highlights.
www.gregwarrencomedy.com
Tell me a bit about yourself and career.
I grew up in St. Louis, MO. My first job out of college was selling Pringles, Jif and Duncan Hines to grocery stores. After ten years in sales, I got the courage to quit my 100k a year to make around 15k a year as a comic. Early on I got a few breaks from the Just for Laughs Festival, Comedy Central and The Bob and Tom Radio Show. I honestly thought after a year or two in comedy, I’d have to go back to slinging potato chips but 19 years later, I’m still a comedian. I have enjoyed stints in LA and NYC but I always wind up eventually moving back to St. Louis. I have been lucky to be enough on a bunch of TV shows and Sirius/XM plays my comedy every day. My comedy is self deprecating, a little silly and clean.

How would you describe Where the Field corn Grows?

I was doing a show in Iowa and there were a bunch of farmers in the crowd. I asked this guy what he farmed and he said, “Beans”. I said, “Like green beans” and the whole place started laughing at me like I was the dumbest person they had ever met. It was soybeans. I said, “By the way, green beans was not a ridiculous answer. It’s a real food. I’ve eaten them before.” They laughed. I started telling the story on stage and little by little adding to it. After awhile, I had a block of material about farming. The through line of the special is farming but there’s a lot of non-farming topics like Red Lobster, education, phlebotomy, contractors and Afghanistan weaved in there. I think it’s my cohesive hour of comedy I’ve put together.

How did you prepare for the album/special?

I’ve worked on the road 40 weeks a year for 20 years. That is the best way for me to develop material. This time I actually incorporated a little research. I interviewed farmers in Illinois, Iowa, Bermuda, Florida and Missouri. I called one of them in the spring and ask if the crops were up yet. I actually said that. “Are the crops up yet?” Like they were Christmas decorations. Idiot.

What do you hope people enjoy about it?

I always hope people find it original. I really hope they laugh at topics they have never laughed at before. The special is family friendly. I hesitate to point that out because some people immediately think that equals lame. I promise it’s not. I just know there are a lot of people who won’t watch comedy if it contains profanity or sexual material. This has none of that. I really don’t say say this from a place of self righteousness. I actually like a lot of comics who are R-Rated. This just is not that. I hope people will laugh and not even notice that it was clean. I hope people watch it with their kids.

What were some challenges in making the project?

I have never really centered an hour of comedy around one topic before this project. I usually just pick the funniest stuff and hope that it eventually fuses together. This was different and fun.

What are some of your favorite memories from working on it?

It’s always when a new joke starts to work. Every moment one of the jokes in this hour started to work, I was happy. I also really liked talking to the farmers. I remember when this guy in Southern Illinois mentioned “Cover Crops” and “Bean on Bean”. I immediately knew there was something funny there. I didn’t have it on the spot but I knew something was there.

I’m working on a new hour of material. I have a weekly podcast with comedian Brendan Eyre entitled One Down. It’s a weekly review of the New York Times Crossword Puzzle. It sounds serious but it is far from that. I’m working on developing an animated comedy series about college wrestling.

I have a cauliflower ear from wresting in college.

Sweet Magnolias, Snowpiercer and the Bruce Lee 30 for 30 on ESPN.