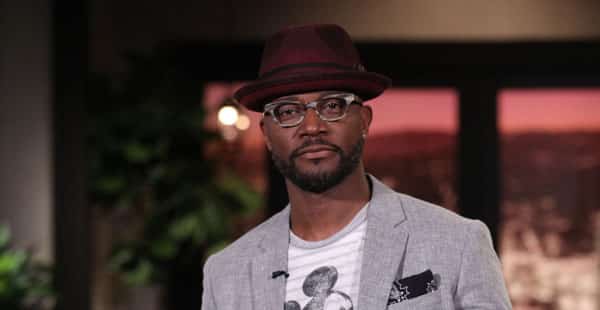 The Broadcast Film Critics Association (BFCA) and the Broadcast Television Journalists Association (BTJA) are pleased to announce that the 25th annual Critics’ Choice Awards will air LIVE on The CW Network on Sunday, January 12, 2020 (7:00-10:00p.m. Live ET/ Delayed PT), with acclaimed film, television, and stage star Taye Diggs returning as the event’s host. The show will continue its combined Film and Television awards format, honoring the finest in both cinematic and televised/streaming achievement, and take place once again at the Barker Hangar in Santa Monica.

The Association of National Advertisers (ANA) and The CW Network will continue their partnership with the presentation of the fourth annual #SeeHer Award. This award recognizes a woman who embodies the values set forth by the #SeeHer movement — to push boundaries on changing stereotypes and recognize the importance of accurately portraying women across the entertainment landscape. The award will bear significant importance as 2020 marks the 100-year anniversary of the passing of the 19th Amendment, which gave women the right to vote. Past recipients of the #SeeHer award include Claire Foy, Gal Gadot and Viola Davis. The 2020 honoree will be announced later this year.

“We are so proud to be celebrating our 25th anniversary of honoring the finest achievements in film and television,” said BFCA President Joey Berlin. “In this golden era of content creation on screens ranging from IMAX to iPhone, critics perform an ever more important role in helping people find the best of the best. The power and importance of storytelling has never been greater, nor has the profusion of stories. BFCA and BTJA members are in the trenches every day, watching hundreds of shows and movies, and our awards show on January 12 will be the star-studded party of the year.”

“We’re excited to serve as the exclusive home of the Critics’ Choice Awards for their 25th Anniversary, and to help honor some of the biggest stars in film and television,” said Gaye Hirsch, Executive Vice President, Development, The CW. “We are thrilled to have the phenomenally talented Taye Diggs returning as our host, as the CCA continues to be one of the most anticipated events in Hollywood. Our partnership with both the BFCA and BTJA gives us the opportunity to share the star-studded celebration with our viewers.”

The 24th annual Critics’ Choice Awards were hosted by award-winning actor Taye Diggs. “Roma” was the most awarded film taking home four awards, including Best Picture and Best Director. The top film acting awards were bestowed upon Christian Bale, who took home Best Actor for his work in “Vice,” and Glenn Close and Lady Gaga were both awarded Best Actress for their respective works “The Wife” and “A Star Is Born.” Mahershala Ali won the trophy for Best Supporting Actor for his role in “Green Book,” while Best Supporting Actress went to Regina King for her stunning performance in “If Beale Street Could Talk.”

Television shows “The Americans” and “The Marvelous Mrs. Maisel” led with three wins each. Claire Foy (“First Man”) received the #SeeHer Award, which was presented by Viola Davis, the first recipient of the award.

“Critics’ Choice Awards” are bestowed annually by the BFCA and BTJA to honor the finest in cinematic and television achievement. The BFCA is the largest film critics’ organization in the United States and Canada, representing more than 300 television, radio and online critics. BFCA members are the primary source of information for today’s film-going public. BTJA is the collective voice of journalists who regularly cover television for TV viewers, radio listeners and online audiences. Historically, the “Critics’ Choice Awards” are the most accurate predictor of the Academy Award nominations.

The 25th annual Critics’ Choice Awards show will be produced by Bob Bain Productions and Berlin Entertainment. The BFCA and BTJA are represented by Dan Black of Greenberg Traurig.

An acclaimed stage actor, Diggs was the first African American to star as the title role on Broadway in “Hedwig and the Angry Inch.” Additional theatre credits include “A Soldier’s Play” (Second Stage Theatre), “Wicked,” “Chicago,” “The Wild Party” (Manhattan Theatre Club), “Rent” and “Carousel.”

Diggs and collaborator Shane Evans have released three children’s books, including their latest “I Love You More Than,” as well as “Chocolate Me” and “Mixed Me!”.

The Broadcast Film Critics Association (BFCA) is the largest film critics organization in the United States and Canada, representing more than 300 television, radio and online critics. The Broadcast Television Journalists Association (BTJA) is a partner organization to the BFCA and includes TV, radio and Internet journalists who cover television on a regular basis. For more information, visit: www.CriticsChoice.com.