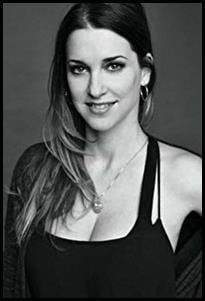 Esther Turan may not be a household name quite yet, but she is well on her way. The Hungarian born director and producer came to LA several years ago to not only expand her horizons, but also collaborate with American people in the business. Her goal is to create great partnerships and collaborations, especially with women who work in the field.

At the moment, Esther is working on two different projects, both of which hold a special place in her heart. The first one is a movie called Swoon. She describes it as a take on Romeo and Juliet with a rivalry between two amusement parks. For this movie, she had to rebuild a Swedish amusement park, which took a lot of time to make realistic. She also managed to film the entire thing in 28 days in Hungary. She admits that it was a bit of a challenge, but she loved every minute of the project.

However, as talented is she is, that is not the most intriguing, impressive thing about Esther. What makes her stand out and so special is her love of helping and supporting other women, both in Europe and the USA. She loves to help and empower them through her work and makes sure they know they can make their dreams come true. Her biggest hope is that they know they can do it all. She plans to continue to share this message throughout her career and one day hopes to go on tour to talk with women in the field, as well as college students. She hopes that this will inspire them to continue to work towards their goals.

Esther is going to make this all happen. She is not only inspirational to women in the entertainment business (through hiring them and encouraging them) but to women as a whole. Her drive and work ethic is something to be admired and I hope that my future daughters and nieces see her as a role model. I want them to see her (as I do) and think that because of her, I didn’t give up. Esther may be putting her mark on the entertainment world, but her biggest legacy will be who she is as a woman. Thank you for all you do!